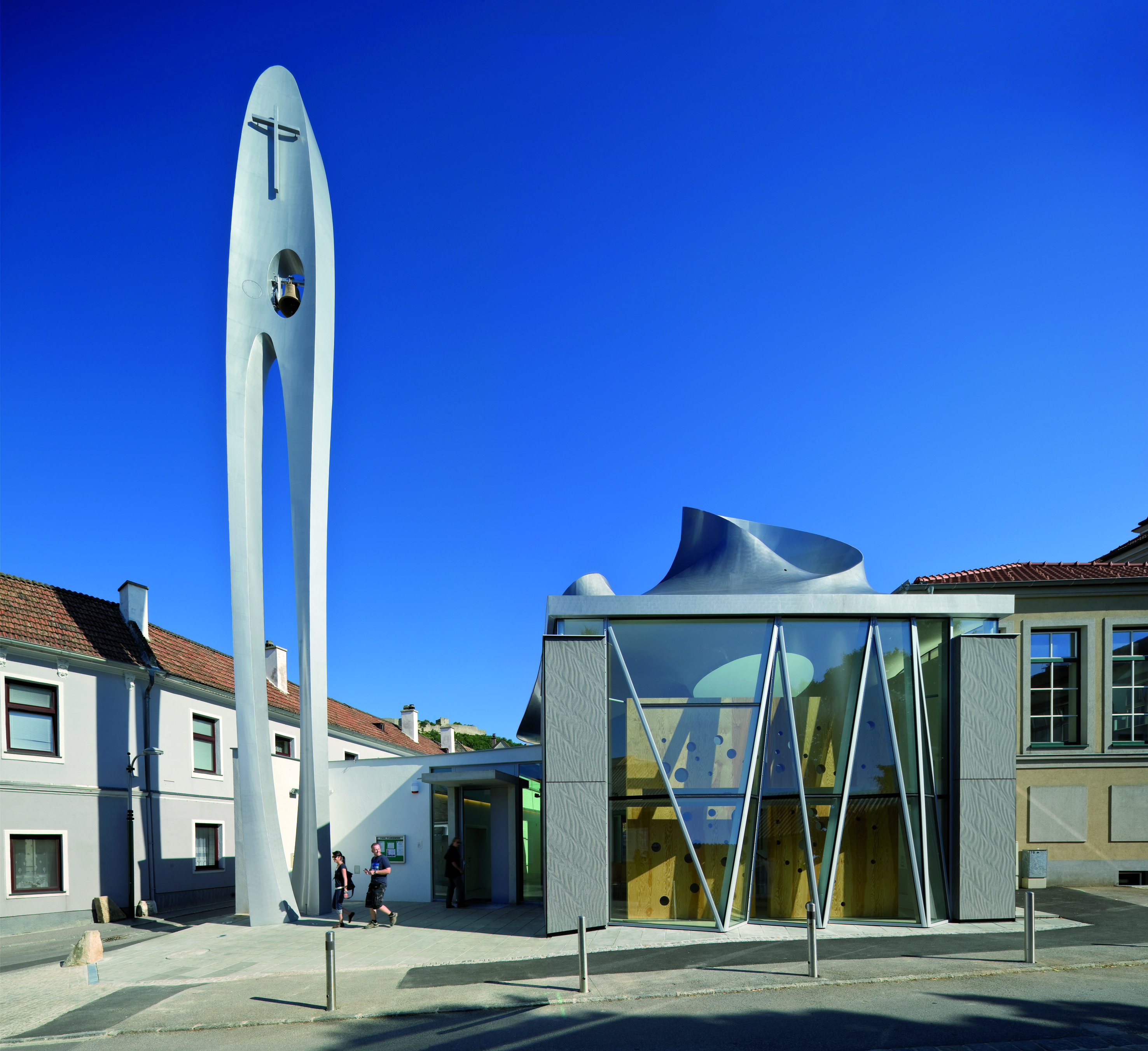 The protestant church consists of four main building elements: a sanctuary, a community hall, a sacristy, and a sculptural bell tower. Coop Himmelb(l)au derived the shape of the building from a huge “table”, with its entire roof construction resting on the legs of the “table” – four steel columns.

The roof with its striking three skylights is a key element of this building. The exterior skin is made of 8 mm thick three-dimensionally curved steel plates welded on a frame construction. The roof elements were constructed and manufactured with shipbuilding technologies. One important role model was Le Corbusier, for his references to shipbuilding, but also because of his La Tourette monastery.

The 20 meter high sculptural bell tower at the forecourt is a vertical self-supporting steel structure and completes the building ensemble as highly visible landmark.

The play with light and transparency has a special place in this project. The light comes from above: three large winding openings in the roof guide it into the interior. The church interior itself is not only a place of mysticism and quietude but also an open space for the community.

The sanctuary gives access to the glass-covered children’s corner, illuminated by daylight, which accommodates also the baptistery. The actual community hall is situated behind it: folding doors on the entire length of the space between the two main chambers allow for combining them to one continuous spatial sequence. A folded glass façade on the opposite side opens the space towards the street.

A longitudinal slab building along a small side alley flanks both main spaces and comprises the sacristy, the pastor’s office, a small kitchen and other ancillary rooms. A handicapped accessible ramp between the three building components accesses the church garden on higher ground. 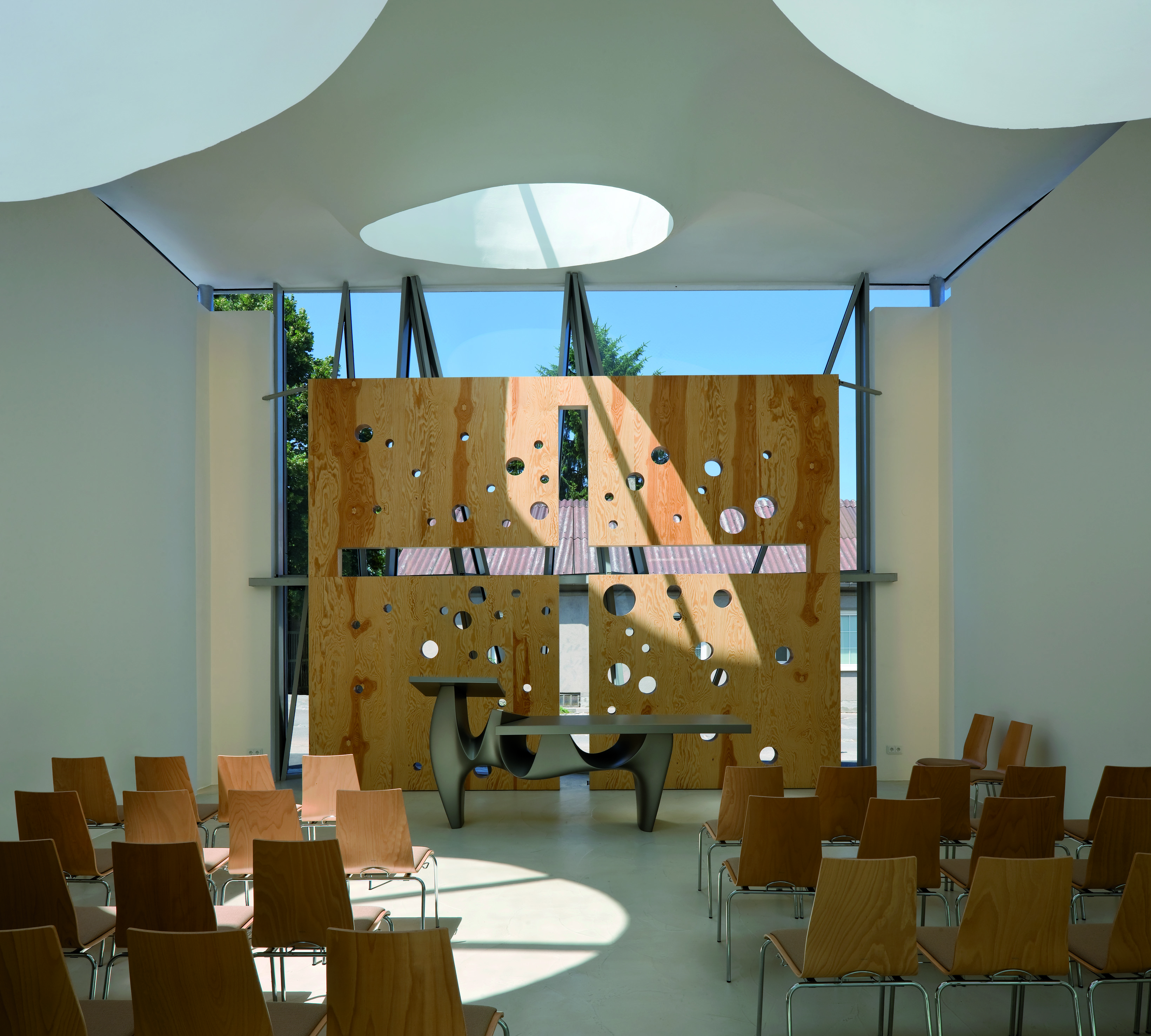