Church in the new cemetery
I have long been – at least since my studies in the Franciscan secondary school of Szentendre – interested in redefining the ancient architectural elements by using modern means and materials. My aim at displaying the inner transcendental need of people that connects a community to its ancestors, past, future, afterlife and God. The central buildings of the new public cemetery in Tapolca, including the funeral parlor and the church designed by me, represent the place of transition after death. Intentionally I cut empty clichés, materials and colors of the anti-clerical era. I considered „life” as „theater” and „directed the last scene of the last act” to resolve the personal and communal tragedy. The layout of the space is based on the concept of early Hungarian church architecture. Centralized-plan and round churches were typical in the early ages, while the east-west axis of the sacred space and the south facing entrance were the main characteristics of Romanesque churches.
Domes in architecture have a special role, they emphasize spaces, amplify culture, religion or representative functions. Therefore, a new dome is a special achievement of architecture and technology, it redefines the building principles of past similar structures.
Brunelleschi built the dome of the Santa Maria del Fiore with a special bricklaying process. He only used a cylindrical ribbing without any support or scaffolding for the newly built structure, as if the new dome was built floating in the air. He put transversal bricks inside the longitudinally layed rows of building blocks, which then held brick arches like bookends. The same principle was applied in the structure of the church’s dome in Tapolca.
The manufacturing technology of the Duratherm system made it possible for every element to be shaped to precise dimensions and angles to fit their exact location.
The construction cost of the church was borne by the christian community of the town. 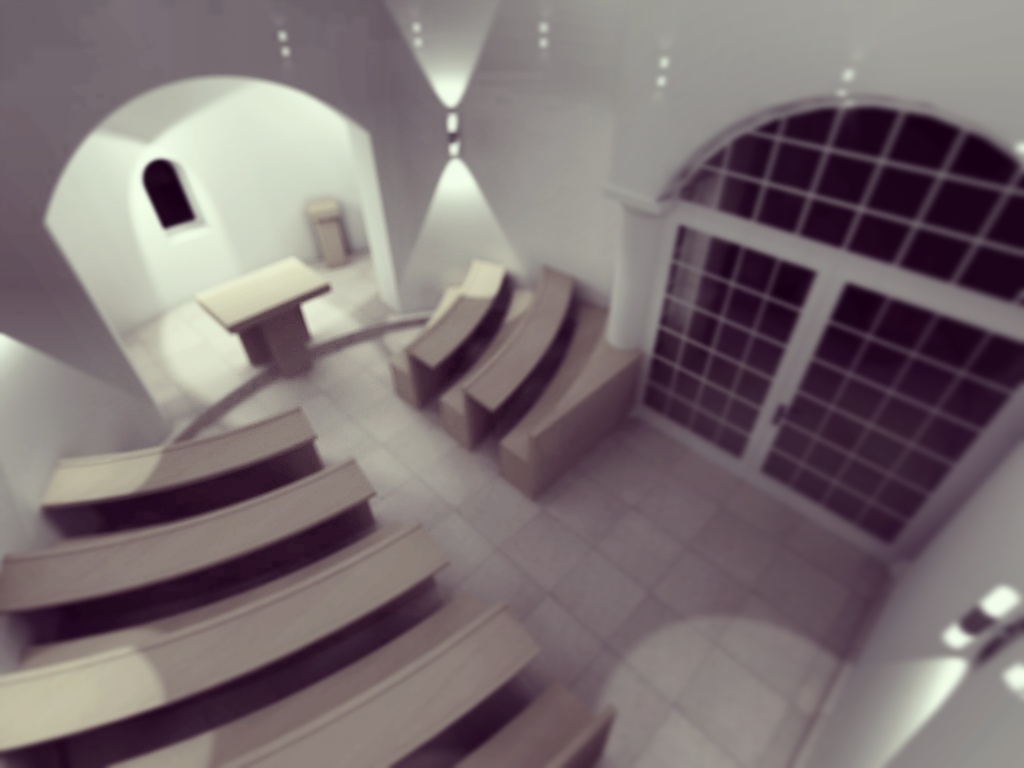