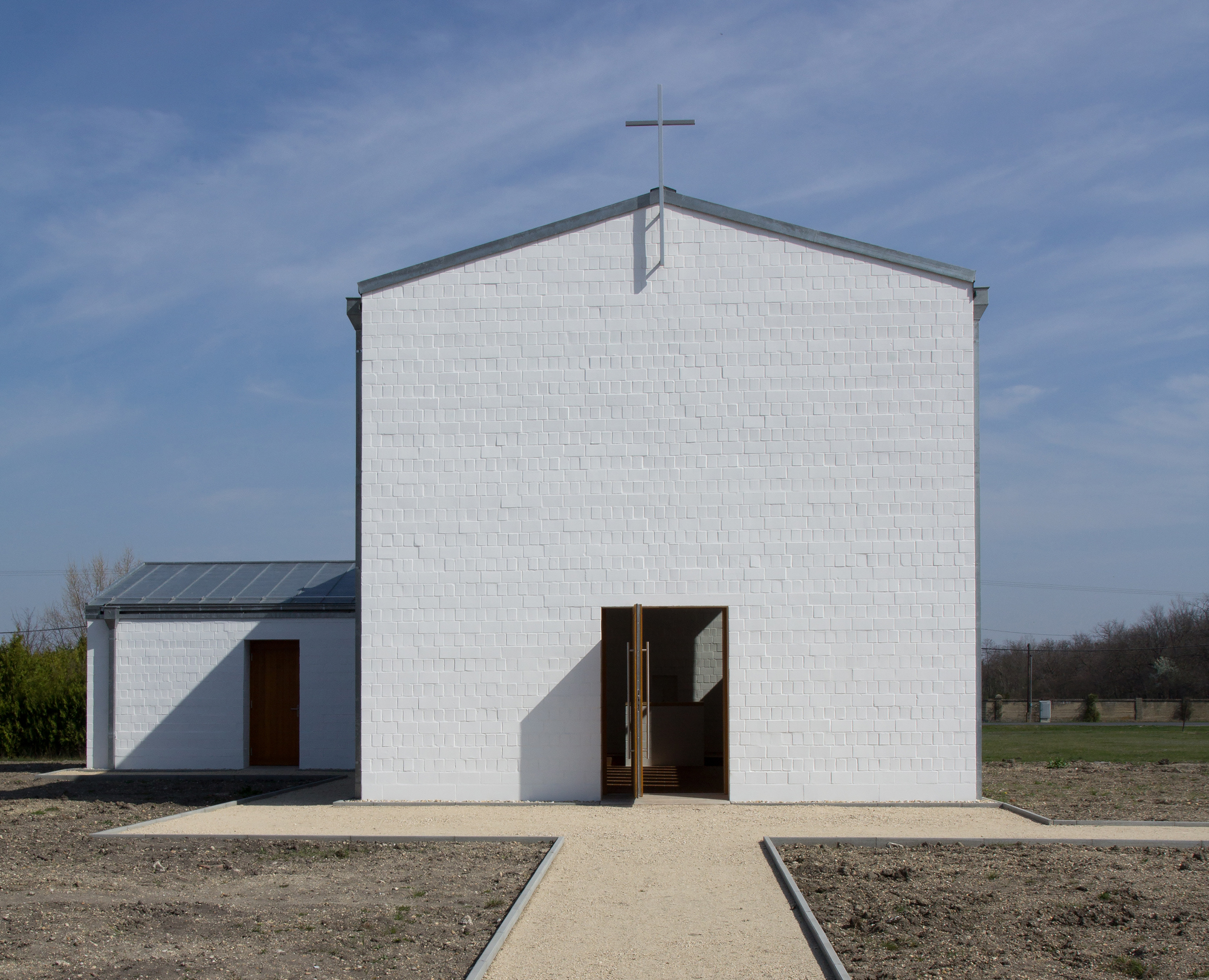 Újrónafő is one of the youngest settlements in Győr-Moson-Sopron County with 850 inhabitants. Its founding population, who settled in during the 1940‘s from Hajdúböszörmény in Eastern Hungary, consisted mostly of protestants, therefore no catholic church was built in the village. In 2011 the parish of 260 catholic believers, supported by the bishop, decided to build an appropriately small church for the community.

The single nave space follows a classical order; the apsis is raised with one step, the windows are placed above eye level. The lower wing of the vestry is attached to the simple pitched-roof volume of the church. The key initiatives of the architectural design consisted of making the functional system apparent in shaping the volumes, fitting the building into the scale of its surroundings and introducing harmonious proportions. The interpretation of the interior space is strongly influenced by the continuously changing natural light conditions.

The 50 cm thick monolithic brick wall is the main characteristic structure of the church. The skin-like white painting allows the brick structure and the eventuality of handcraft to appear. The homogeneous use of materials, the identical treatment of interior and outside surfaces, and the brick altar and ambo connect to the layers of meaning defined by the role of the building. 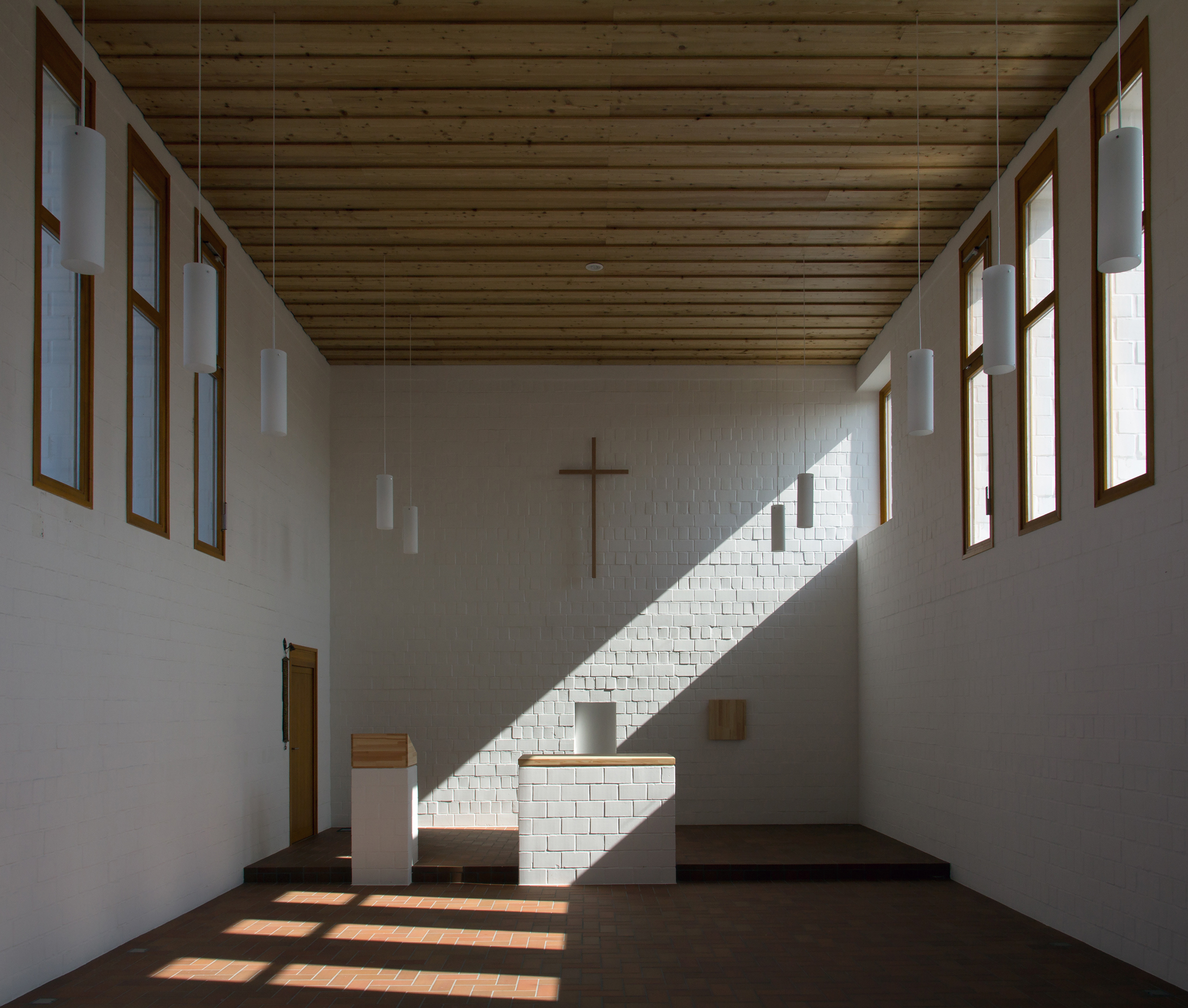