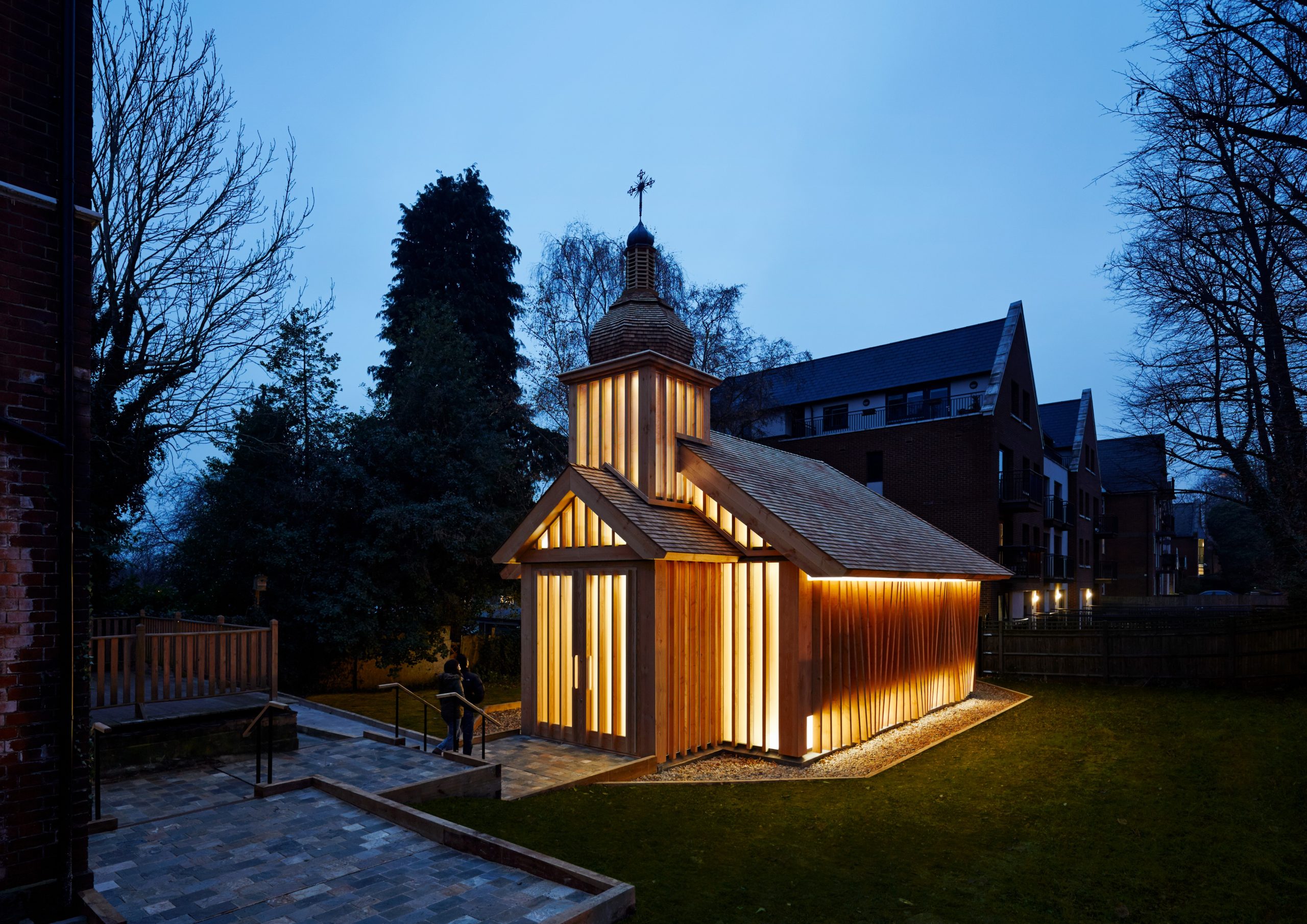 The Belarusian Memorial Chapel is the first wooden church built in London since the Great Fire of 1666. Accommodating up to 40 people, the diminutive chapel commissioned by the Holy See was built for the Belarusian diaspora community whom relocated to the UK after WWII. They were once predominantly Greek Catholics who were subsequently banned by the Tsarist Regime in the 19th Century. During WWII, Belarus lost 1/3 of her population —the largest percentage of any country, and countless wooden churches and synagogues together with the worshippers were torched by Nazi troops. The 1st generation of Belarusians in Britain therefore were still haunted by this memory. The design of the new chapel recognises the importance of familiarity, comfort and collective memories within the community, drawing inspiration from architect’s first-hand recording of churches and testimonies from locals in rural Belarus, a country once populated by numerous wooden structures. Motifs associated with collective identity and memories, such as the Baroque cupola reappears as a sign of their Greek Catholic faith; as the historic cupolas were all replaced with Russian Orthodox Onion domes in Belarus. This reinterpretation aims to transcend architectural ideologies by marrying a vernacular typology with contemporary detailing, exemplified by the undulating exterior fins, forming an unobtrusive yet dynamic façade. Inside the clerestory windows give the appearance that the walls are floating, amplifying the spiritual presence of the building yet contrasts its structural solidity. Natural ventilation flows via the bell tower and the rear, while air-sourced heating hidden underneath the altar. The extensive use of certified off-site timber construction reduces the carbon footprint. At night, as the chapel glows softly, in prayer, the Belarusians are reminded of the traumatic torching of their ancestors inside the wooden churches during WWII. 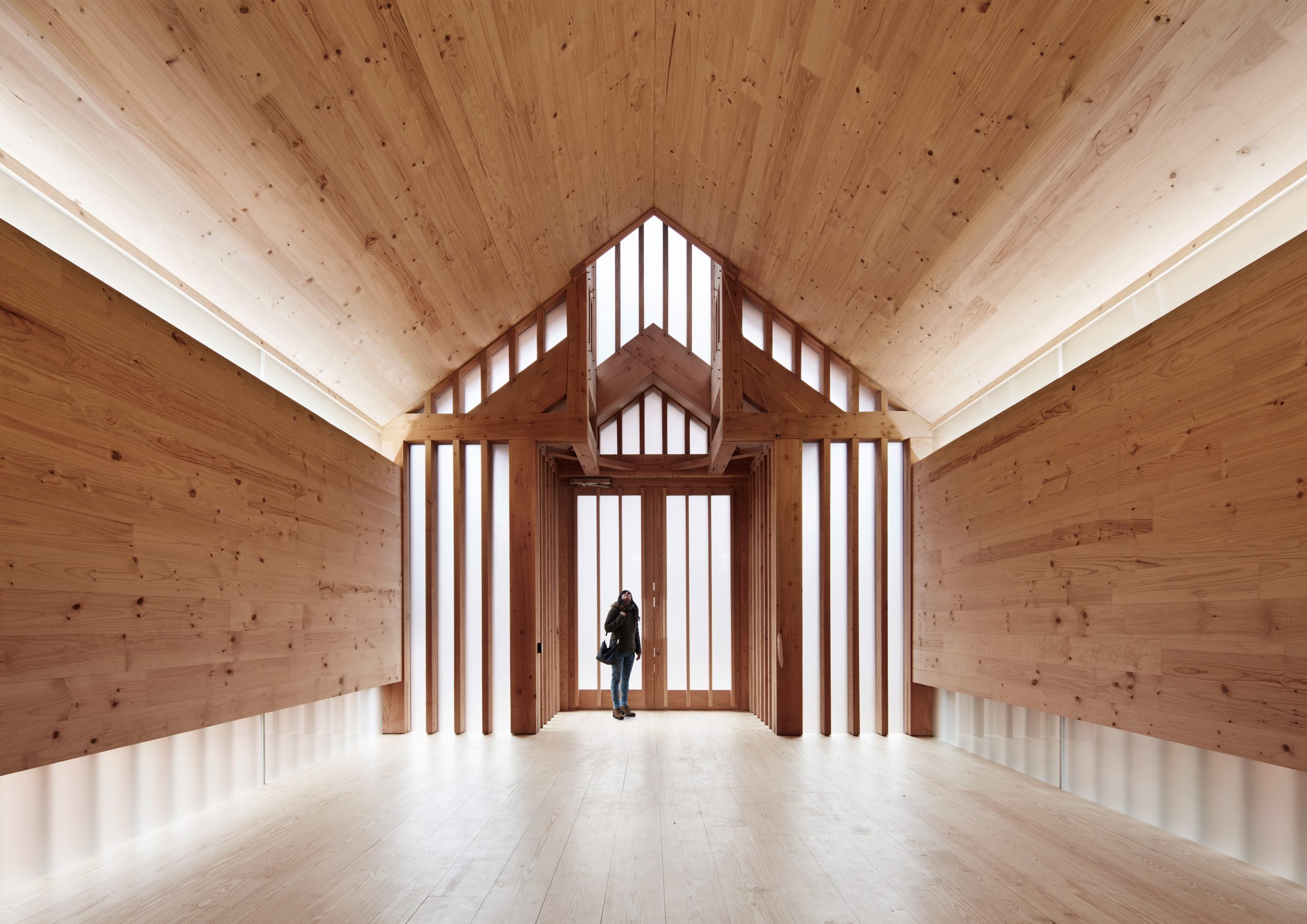