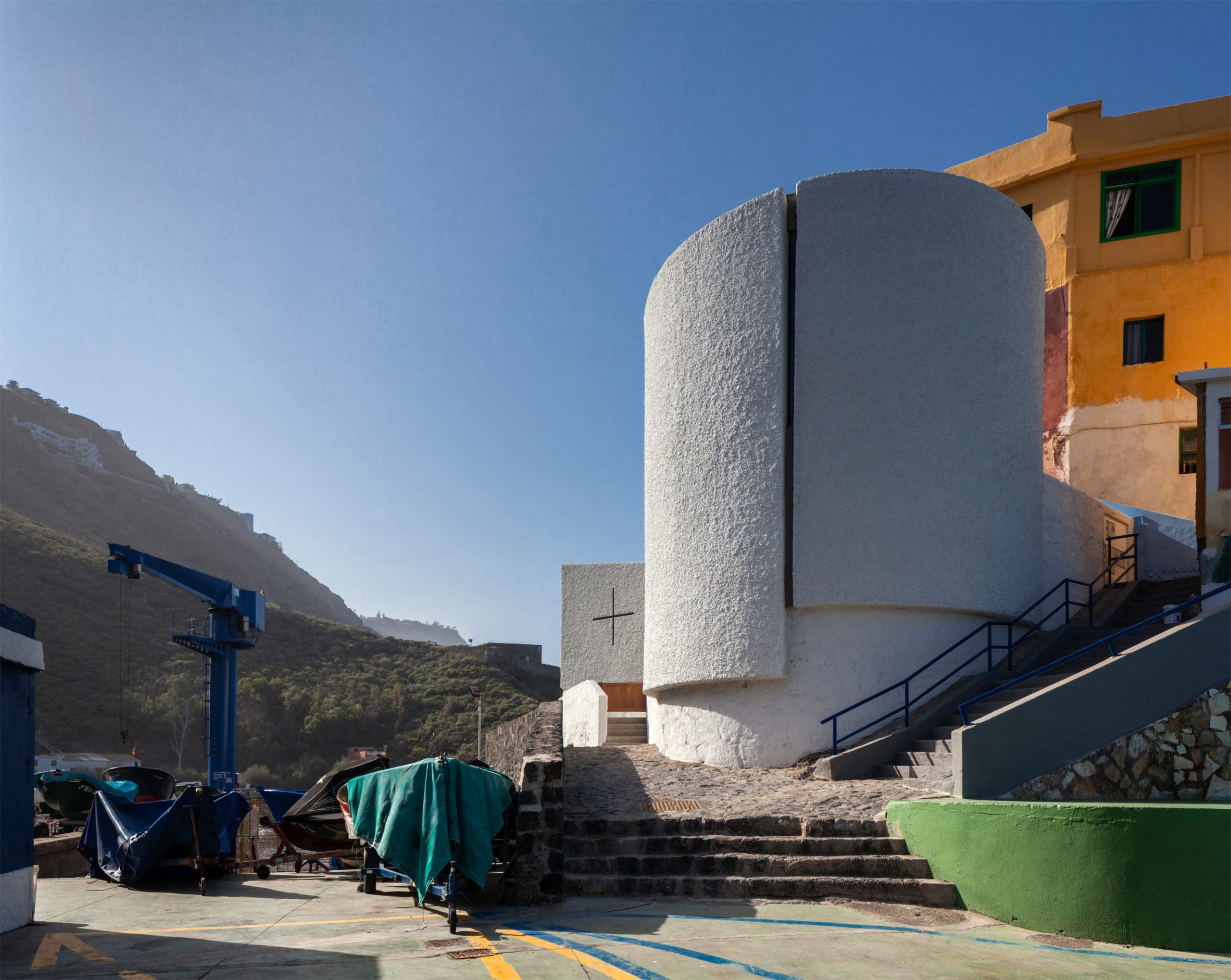 For years, the neighbors of the fishermen village of El Pris had tried to promote the construction of a proper temple, under the vocation of Virgen del Carmen (Our Lady of Mount Carmel) who is patroness of the sailors. Despite designating for it several different locations, this construction, for various reasons, was not possible.

The plot located on a rocky headland next to the old pier, was certainly complicated due to its small size and irregular shape. This difficulty was increased by the significant slope of the base (it was not possible to excavate the rock due to the danger which such works could cause for adjacent poor, self-build houses) as well as the restrictions of the law and limited economical resources.

In an area without architectural references, where dominate self-build constructions, the planned building aims to complete the façade of the houses erected on the headland. The challenge was to integrate the new volume without imposing it, so that the group of houses constituting the background of the chapel did not lose its character.

The chapel is designed as a single cylindrical volume, diagonally cut in its upper part. In this way, the interior space rises in height, as we approach the altar. Adjacent to the chapel was designed a small prayer space which resemble a cave for the fishermen of the area, as well as a sacristy. The arrangement of the volumes creates open space between both constructions which forms an access patio, protected from the strong winds.

The altar is oriented to the north. The altar table is located on the same level as the space of the nave. A single monolithic bank, which comes from the wall, provides the seats for prayers around the altar table. In the continuity of the wall is incorporated the Via Crucis which is composed of 14 stars. The circumference that forms the floor plan of the temple, represents the femininity of the Virgin Mary, the maternal figure who embraces the faithful. The image of Virgin del Carmen presides the space, being located in the north like metaphor of its function of guide to the sailors during the night. The Stella Maris or Star of the Sea.