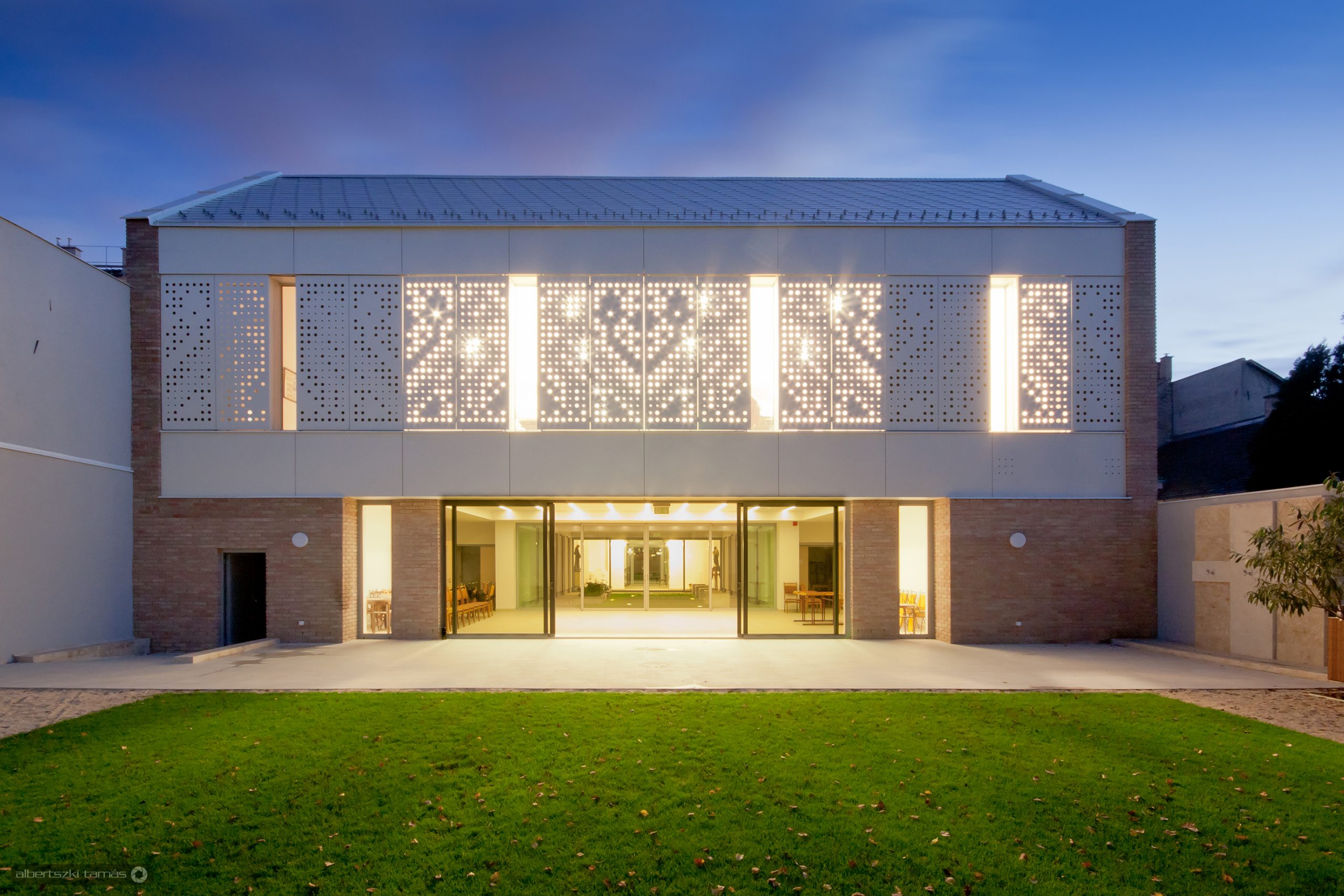 The Parish Church of Celestial Queen moved into an eclectic building that formerly were a Music School, and became a Catholic home with a modern inviting and reverent space. The plan was to restore the original condition of the bulding according to old photos and to enclose the circulation system with a new, modern building wing. The gable-roofed new wing involves the multifunctional social spaces. As the new wing embodies the ambition of the Catholic Church to open up for the wider public, this configuration of turning the structures inward separates two yards of different characters. Both yard becomes elemetal part of the building. The ground-floor reception area connects the peaceful front and the built-around back yard by a wide-span bridging both visually and physically. The large expanses of glass exposes events taking place around the old tree standing in the centre of the garden so that they are visible even from the foyer. Communication between the old and the new is facilitated by understanding and following the logic of the existing house. 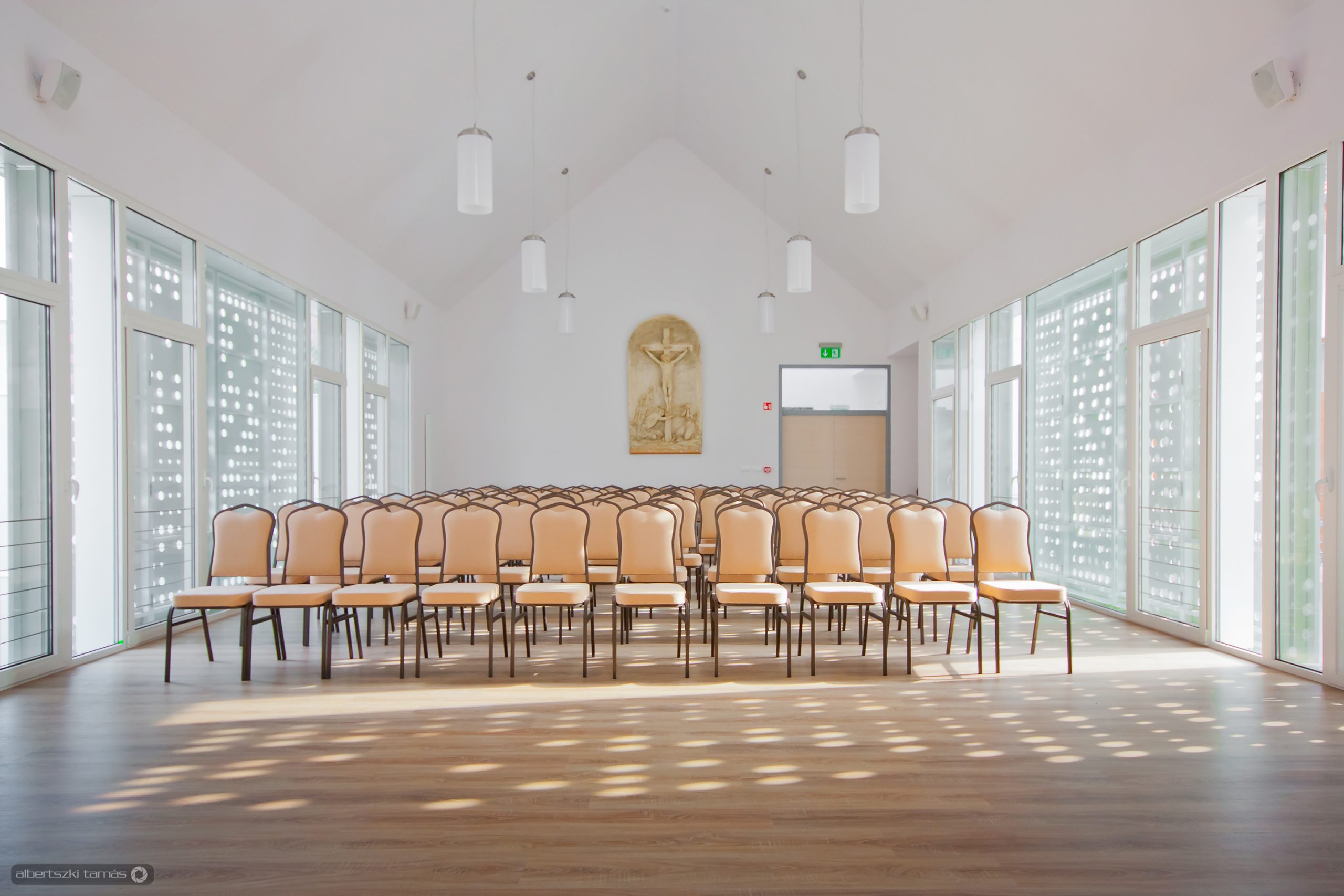