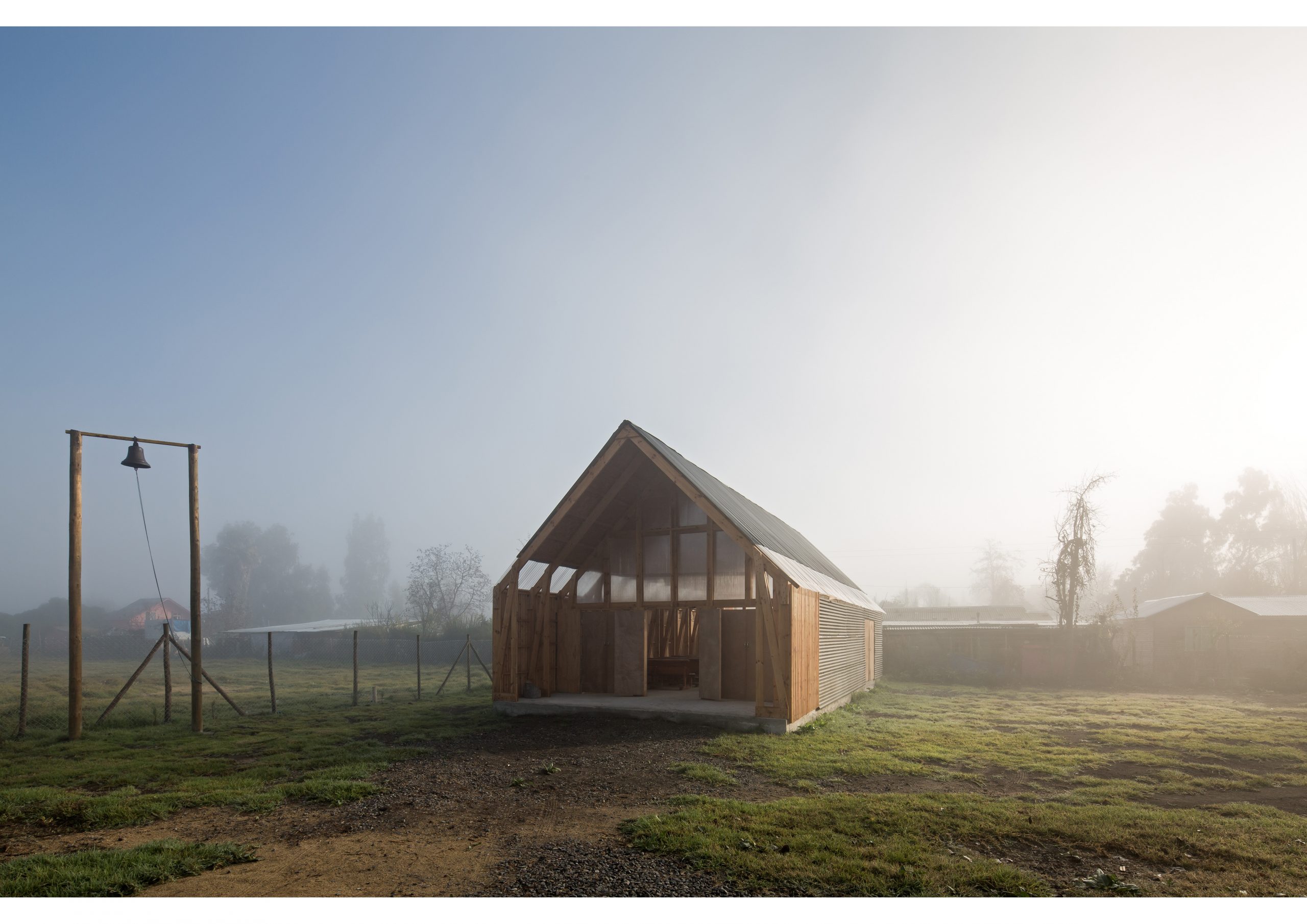 Within the framework of the “Capilla Pais” project, during the first weeks of the summer of 2019, more than 500 university volunteers traveled to different locations in Chile to build 15 chapels to provide meeting and prayer spaces for people in small and vulnerable communities in the country, where people practice their faith collectively, simply and honestly, far from the institutional crisis of the church and its hierarchies. The proposed and executed project is based on the following design principles:

Symbolic Character: A structure clearly recognisable as a chapel, encouraging prayer as well as the realisation of social activities. Using the most elementary image of a church, based on a symmetrical structure with a gable roof.

Constructive Simplicity: A chapel that is built entirely by university volunteers, without difficulties and within the available time frame, based on in-situ prefabrication processes and simultaneous assembly.

Use of Materials: A chapel that allows an excellent performance of its components, both to maximize the use of economic resources as well as to minimise material loss and loss of time.

Indirect Lighting: A chapel that takes advantage of sunlight to indirectly illuminate the perimeter of the structure, with the possibility of also installing artificial lighting, providing an atmosphere of prayer.

Versatility and Expansion: A chapel with a basic design that allows simple variations and enlargements, depending on the requirements and capabilities of the communities.

Conditioning: A chapel that allows achieving better thermal conditioning with simple subsequent interventions that the community can execute within the wall thickness generated by the structure.

A rigid gable frame is the most essential unit of the chapel. The repetition of this frame forms a base module determined by the length of a standard plate. The thickness of the pillars and composite trusses allow variations in the installation of coatings, generating various types of additional modules (atrium, doors, finishing, among other possibilities), with multiple possible combinations allowing, on one hand, to adapt the chapel to different geographical conditions and locations, and on the other hand, facilitate its subsequent expansion, without sacrificing the distinctive character of the proposal. 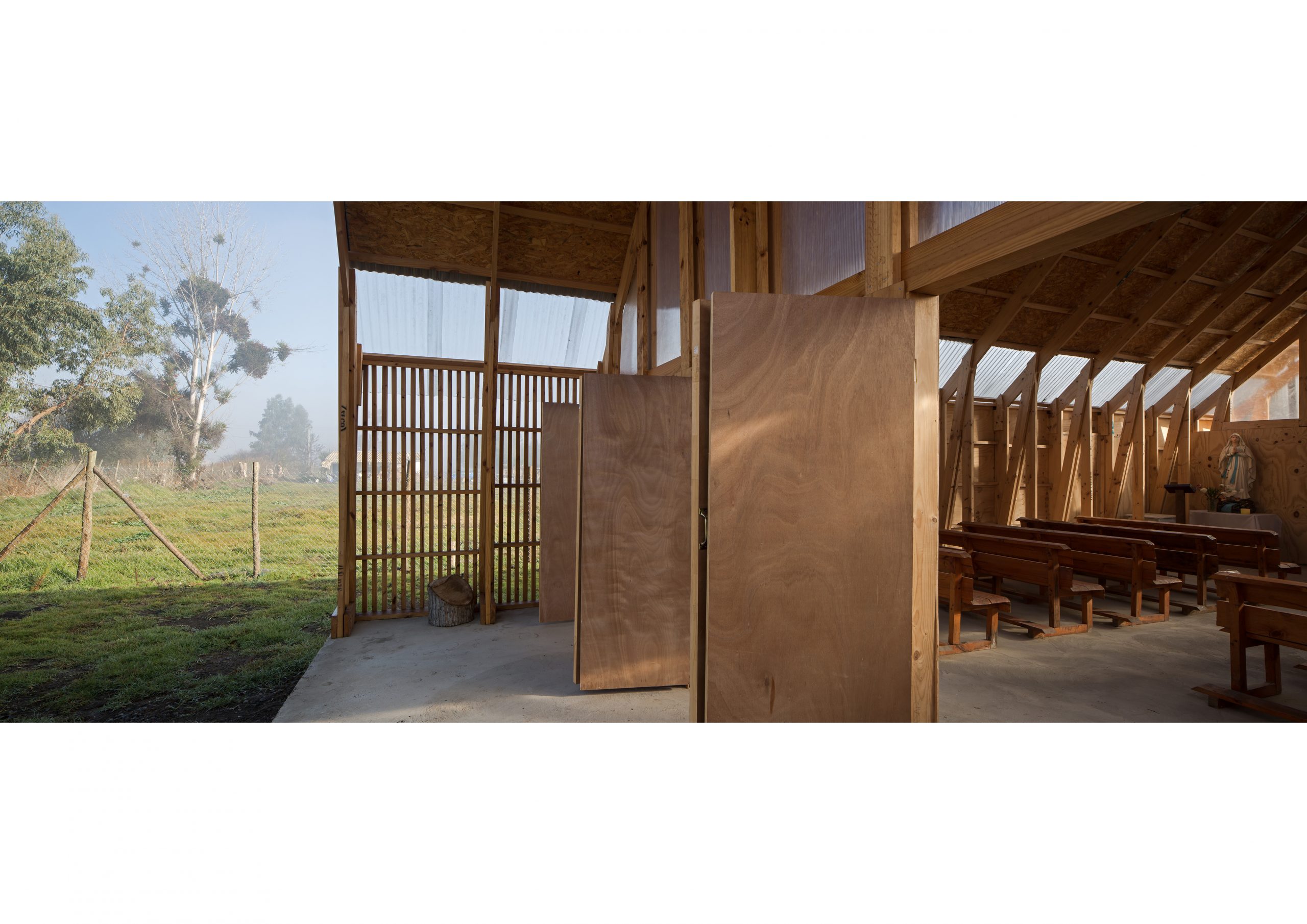