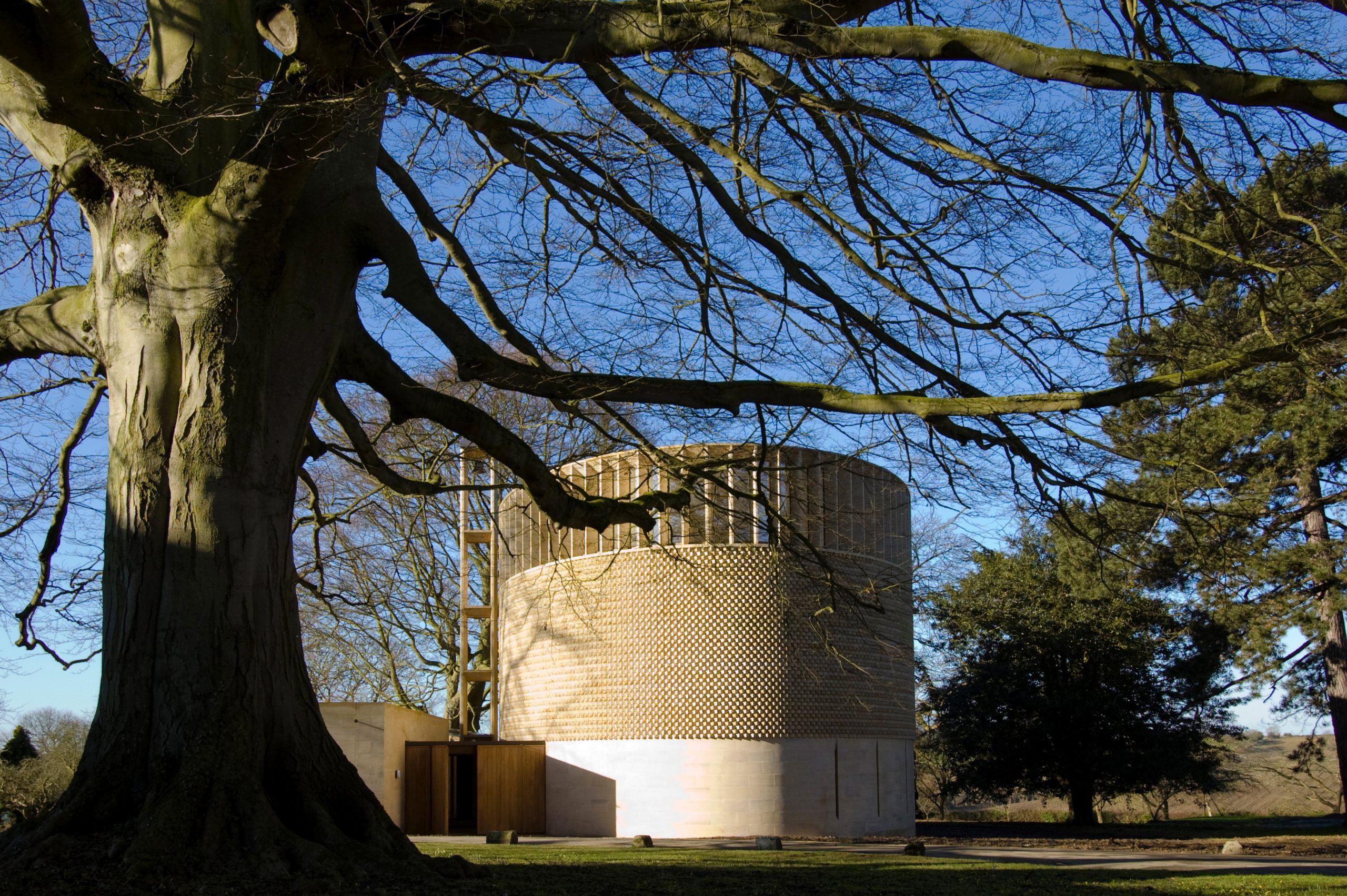 Ripon Theological College sought a new chapel to serve the college community and a small order of nuns. The brief asked for a space that would accommodate the range of worshipping needs of the two communities in an antiphonal arrangement, suitable for both communal gatherings and personal prayer.

On the site is a large beech tree on the brow of the hill. Facing away from the beech and the buildings behind, a ring of mature trees on high ground overlooks a valley. This clearing has a particular character, full of wind, light and rustling leaves. We sought to capture this within the building.

The starting point for this project was the word ‘nave’. The word describes the central space of a church, but shares the same origin as ‘navis’, a ship, and also means the still centre of a turning wheel. Stillness, amidst movement seemed to embody the preparation for priesthood. From this, two architectural images emerged. The first is the hollow in the ground as a meeting place of the community. The second is the ship-like structure floating above the tree canopy, a gathering place for light and sound. We used the geometry of the ellipse to reflect the idea of the exchange between perfect and imperfect at the centre of Christian thought. To construct an ellipse the stable circle plays against the line. It is about movement back and forth. The movement, inherent in the geometry, is expressed in the chapel by the perimeter ambulatory. One can walk around the chapel, looking into the brighter space in the centre.

The chapel, seen from the outside, is a single stone enclosure. We used Clipsham stone which is sympathetic to the existing limestone buildings nearby. The base of the chapel and ancillary structures are clad in regular courses of ashlar stone. The upper section of the chapel is dressed in cropped walling stone, laid in a dog-tooth bond. The chapel wall is surmounted by a halo of stone fins. The roof and internal frame are self-supporting and independent of the external walls.

The internal timber structure is made of glulaminated spruce sections. This structure expresses the geometrical construction of the ellipse, a ferrying between centre and edge with straight lines. As one moves around the chapel, an unfolding rhythm interplays between the columns and the simple elliptical walls beyond. The chapel can be seen as a ship in a bottle, the hidden nave. 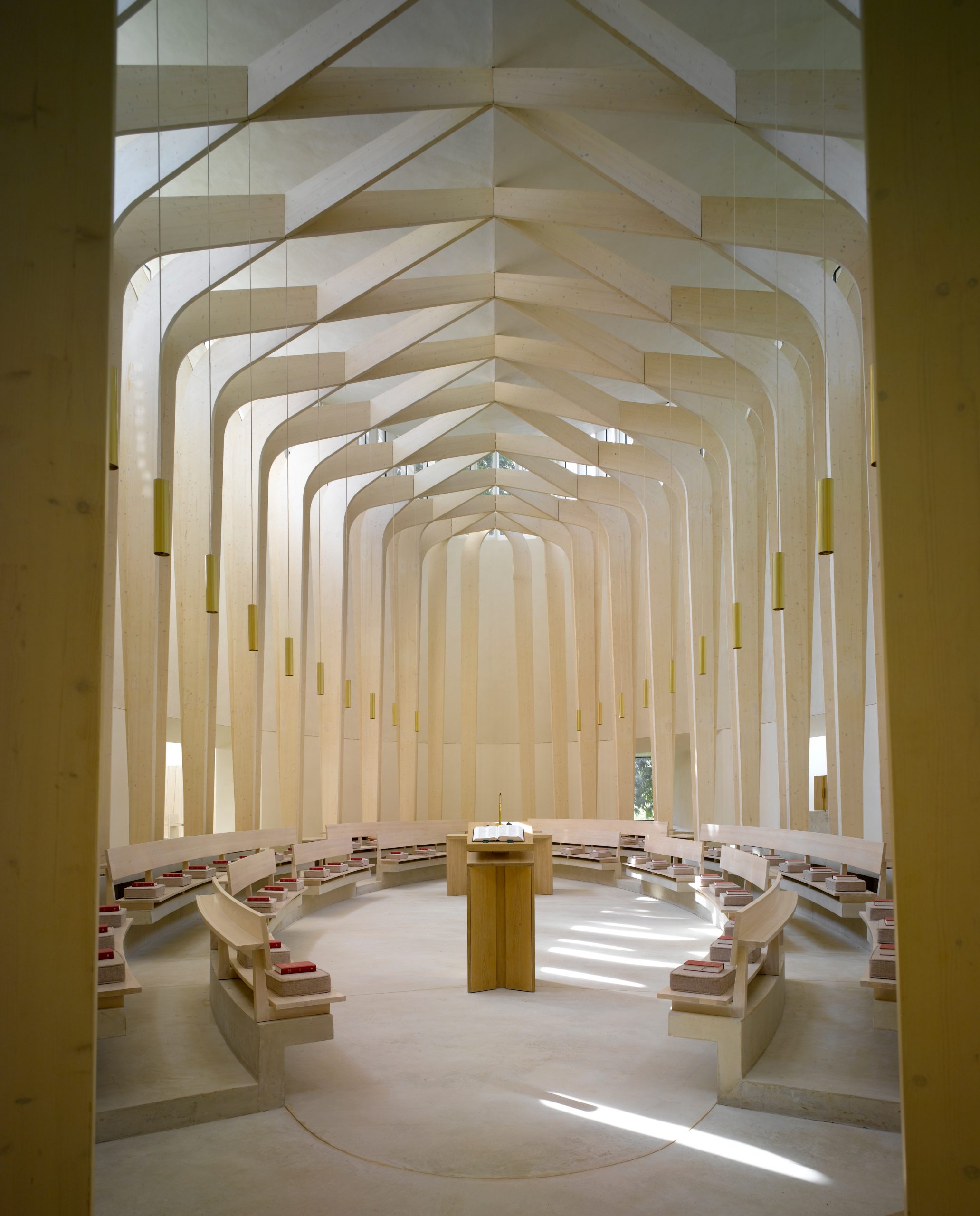