Architecturestudio wished to respect the architecture of Charles Gustave Stoskopf, typical of the ecclesiology of the 1970s: a church buried in the city. A dialogue is established between the two architectural writings, different but coherent in their geometry. The silhouette of the original entrance, on a human scale, is linked to the monumental volume of the new project, concentrated on the nave of the cathedral.
The shape of the dome is based on the plan layout of the original building. It extends towards the sky in the form of two spherical shells which, like two hands joined together, meet above the altar. Tribunes can take place in this new space, significantly increasing the capacity of the cathedral. The existing choir is preserved and the seats are distributed around it like a hemicycle. During the day, the stained glass windows, located at the junction of the two hulls, give a colourful light to the choir, while at night, the stained glass windows illuminated from inside represent the signal in the city of a living Christian community. The bell tower, detached from the building at the corner of the square, punctuates the entrance to the cathedral with its slender silhouette. It restores an urban scale, ensures the integration of the cathedral into the city and acts as a spiritual signal that rises towards the sky. The pointed dome restores the cathedral’s presence and gives a new “face” to the large apartment buildings that make up the district. The forecourt and the new landscaped square of the cathedral ventilate the surrounding space, requalify it, while giving a dynamic to the parish life. 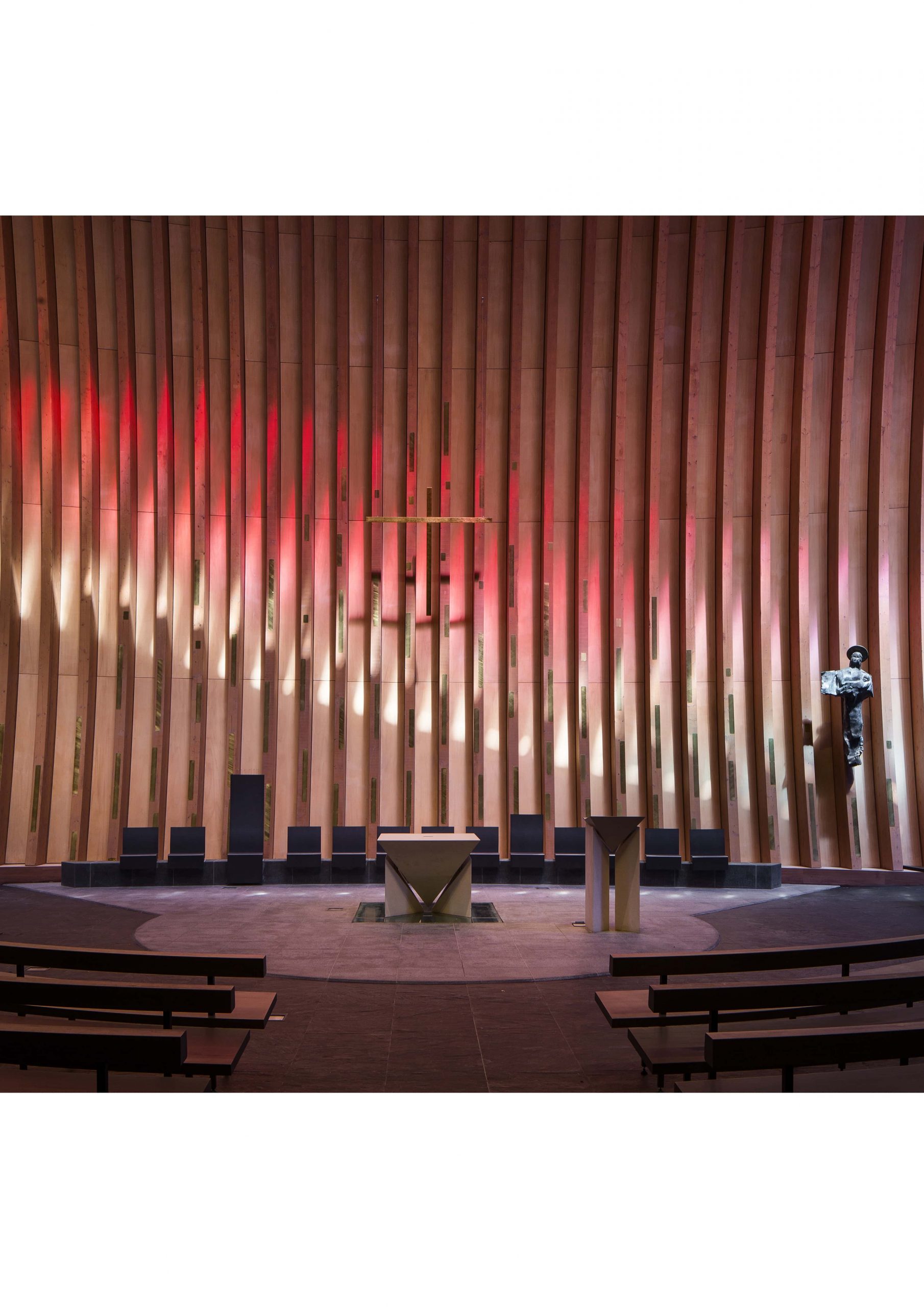