B+B MŰTEREM – RECONSTRUCTION OF THE THE SAINT MARTIN PARISH 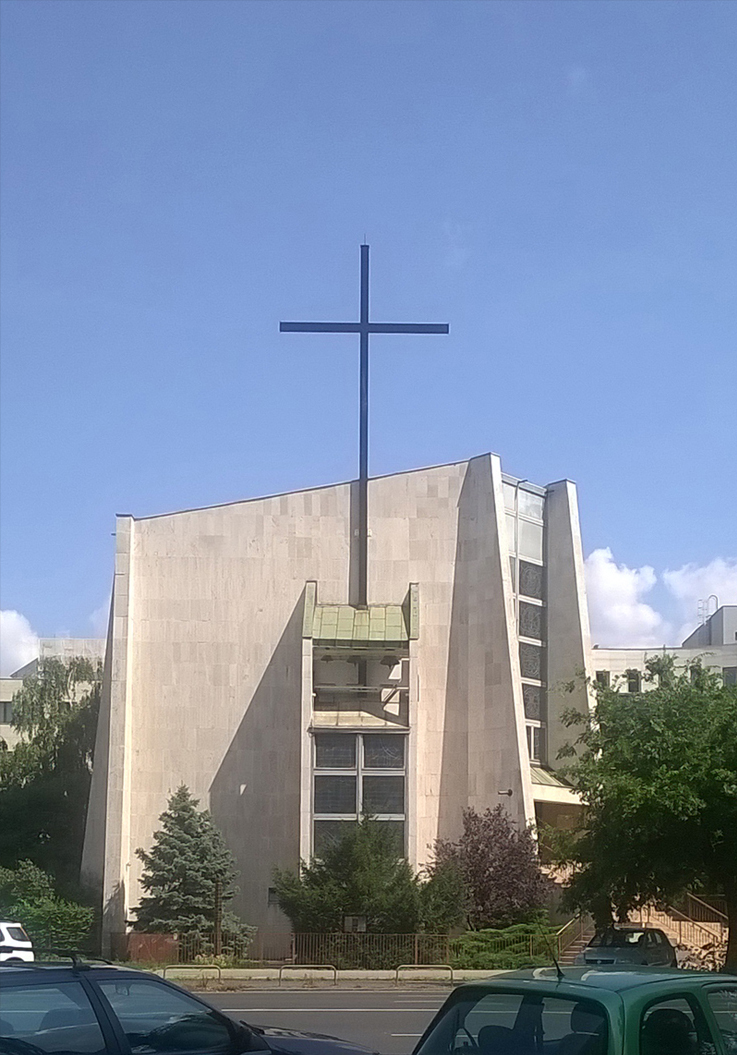 Homage to socialist modernism
Monument to an era
A prominent architectural monument dating back to the not so remote past of Hungarian socialism stands on one of the busiest thoroughfares of Budapest. Its designer, István Szabó, became a cultic church-builder of the era at the end of his vastly productive architectural career spent in the service of the dictatorship, when already a pensioner and asking no remuneration for his work. His first church, which eventually functioned as a starting point for the compromise concluded between the Vatican and the Kádár regime, received the blessing of Pope Paul VI.
The Saint Martin parish church was the last project of his oeuvre. It was built in 1985 in the style Central European historians of architecture now refer to as socialist modernism. During the thirty years after its construction, the environs of the church underwent radical changes defined by three main factors: (i) the quarter once inhabited by the socialist working class disappeared, while the factories and the industrial plants were replaced by generic, late-postmodern office buildings; (ii) the building itself deteriorated due to wear and tear and its technological solutions grew obsolete partly as a consequence of the economising practice imposed upon the industry by the shortage economy and partly because of the generally poor work morale that dominated the building sector of the time; (iii) last but not least, the altered role of the Catholic Church also played a part. After the changes of 1989, the religious persecution that had prevailed in Hungary during socialism was followed by a societal and political restoration. These reasons together eventually led to the decision made in 2014 about the reconstruction of the parish church.
The project provided the architects with the opportunity to reconsider the functions of the building and to redefine its dialogue with its surroundings. They set two major objectives: (i) firstly, they wished to create a transparent communication in the interior of the building, so to this effect they terminated the exterior staircase that was unfit for use by the elderly and the physically disabled. The new entrance was moved to the ground floor, while the adjoining vestibule was designed to function as a starting point for impressively complex spaces: the communal area ideal among others for weddings opens from here, just like the newly built staircase that leads to the upper level of the church interior. Beyond the functional and technological modernisation, the other goal was (ii) to cleanse the church, which they approached as a kind of ’urban found object’, from the deposited elements that were gradually added to it contrary to the original design concept. In order to realise this, the bell-gable on the west elevation was demolished, the building was stripped of the redundant canopies, and the functionless openings were walled up.
The expansion of the church building can be best likened to precision surgery. As the regulations allowed rather limited room for manoeuvre, the new functions were ‘packed into’ a merely two-metre block with a highly complex spatial structure. Thanks to the wall-like complementation of the church’s sculptural volume and the demolition of the old exterior staircase, the building regained its original crystalline monumentality that it had lost in the tight embrace of the subsequently constructed office buildings around it. This cornerstone aspect of the design is further enhanced by the integration of the formerly freestanding crucifix into the body of the church.
The architects did not want to drastically alter the church interior but they made three significant additions: (i) they completed the altar, (ii) they erected a new chapel in lieu of the old entrance, (iii) and installed a false ceiling system reminiscent of the roof structure included in the original architectural plans but never actually implemented.
The church was unveiled in autumn 2017 and was blessed by Cardinal Péter Erdő, who is Archbishop of Esztergom-Budapest and Primate of Hungary. The ceremonial opening was also attended by Orsolya Szabó, the daughter of the building’s original designer, who actively participated in the project, helping the team to evoke the spirit of István Szabó, while satisfying contemporary expectations.
Prof. Dr. Andor Wesselényi-Garay PhD., habil.
dipl. Arch., dipl. Urban Designer
The architects received the Pro Architectura award for design in 2018 and in the same year the building won the House of the Year award in the public building category. 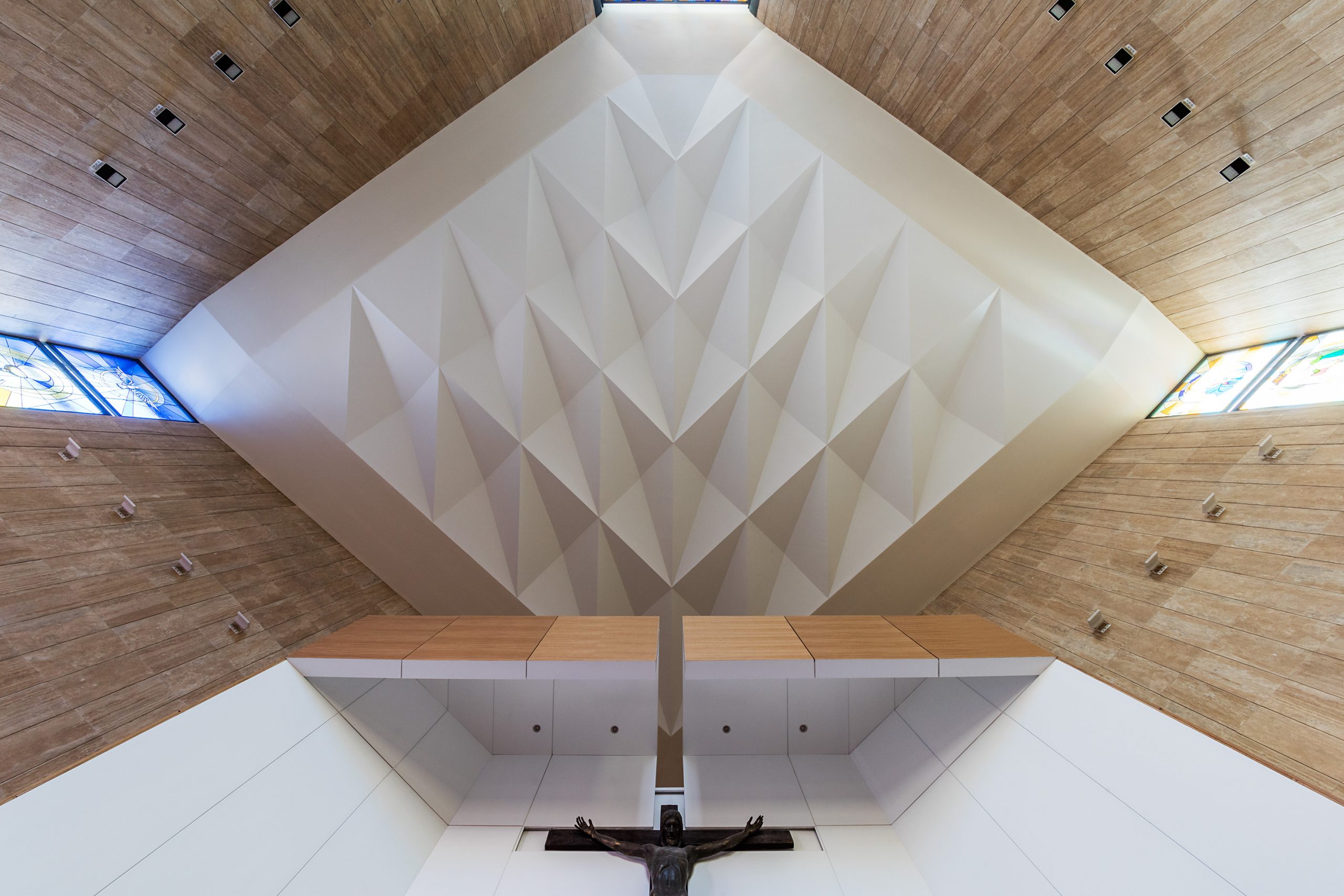