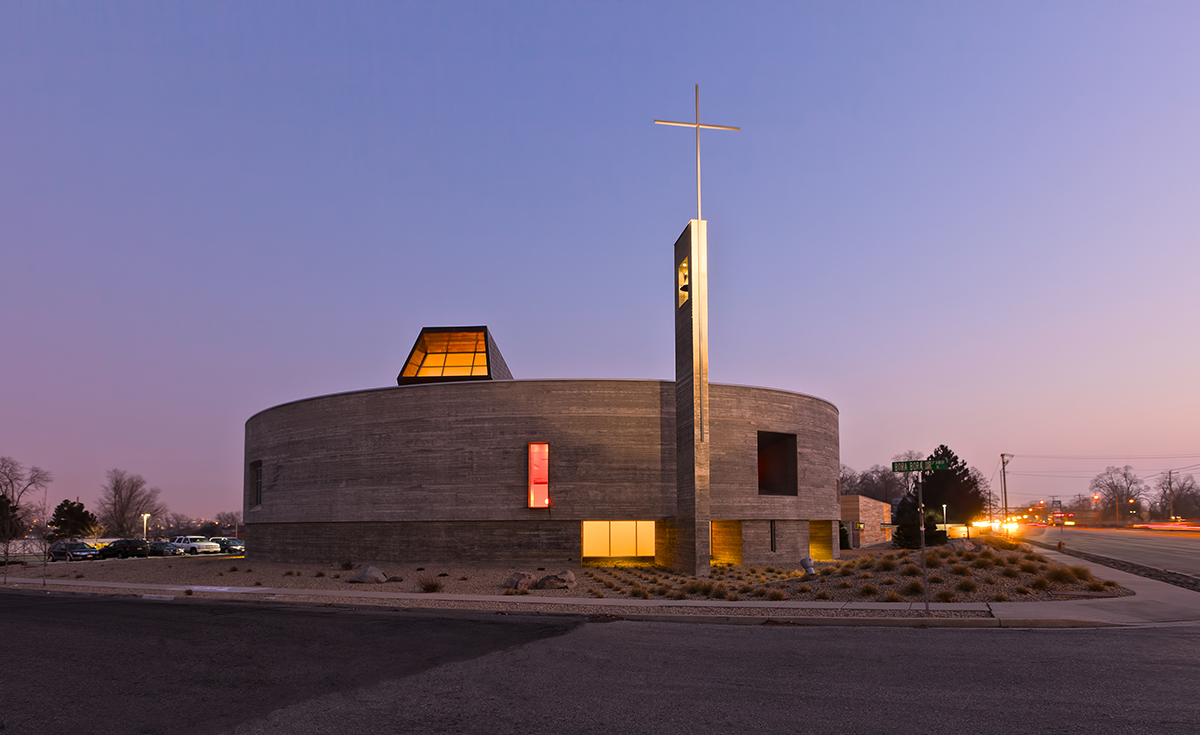 The project is located in a working class residential neighborhood near the Bingham Canyon Copper Mine, the deepest open pit mine in the world, and major employer in the area. Named for the patron saint of laborers, this parish church has a rich history and cultural lineage based in the practice of construction trades and craft. Drawing from this, a palette of materials was selected that expresss the transformation of the raw material by the worker, revealing the craft of construction. These materials included walls of board-formed concrete, constructed in the traditional method of stacking rough sawn timbers; a rainscreen of clear milled cedar; vertical grain fir timbers used to create the altar reredos and interior of the Day Chapel; bent copper panels used as the cladding for the Day Chapel and skylight structure over the altar; and glazing components requiring a highly crafted assembly including laminated glazing with color inter-layers, acid etched glazing with religious motifs, and clear glass insulated units with mullionless corners.
The conceptual basis for this project emerged as a reflection of the community, each member of the church contributes to the whole. In this way a myriad of individually crafted parts was brought together into a cohesive entity, providing dialogue between the individual and the collective. The form of the sanctuary is based on the elliptical shape that typically occurs when a group of individuals interact. The sanctuary geometry is composed of two offset ellipses of which the outer ellipse contains the liturgical chapels and niches, and the inner ellipse completes the main sanctuary space. The offset ellipses give the sense that the outer walls of the sanctuary are thickened (as much as 10’ at the furthest separation), referencing the uninhabitable poche wall – a rich historical precedent in sacred architecture – now rendered habitable for liturgical functions. The depth of the walls is most visible via a series of colored apertures that extend through the thickened wall. Because of these apertures, the space changes throughout the day with the color of the apertures growing more intense when highlighted by the sun: colored light washes the space, reflecting on the floor and walls, and the color dimming as night falls. The thickened walls and apertures act as mediation between the sacred and secular. 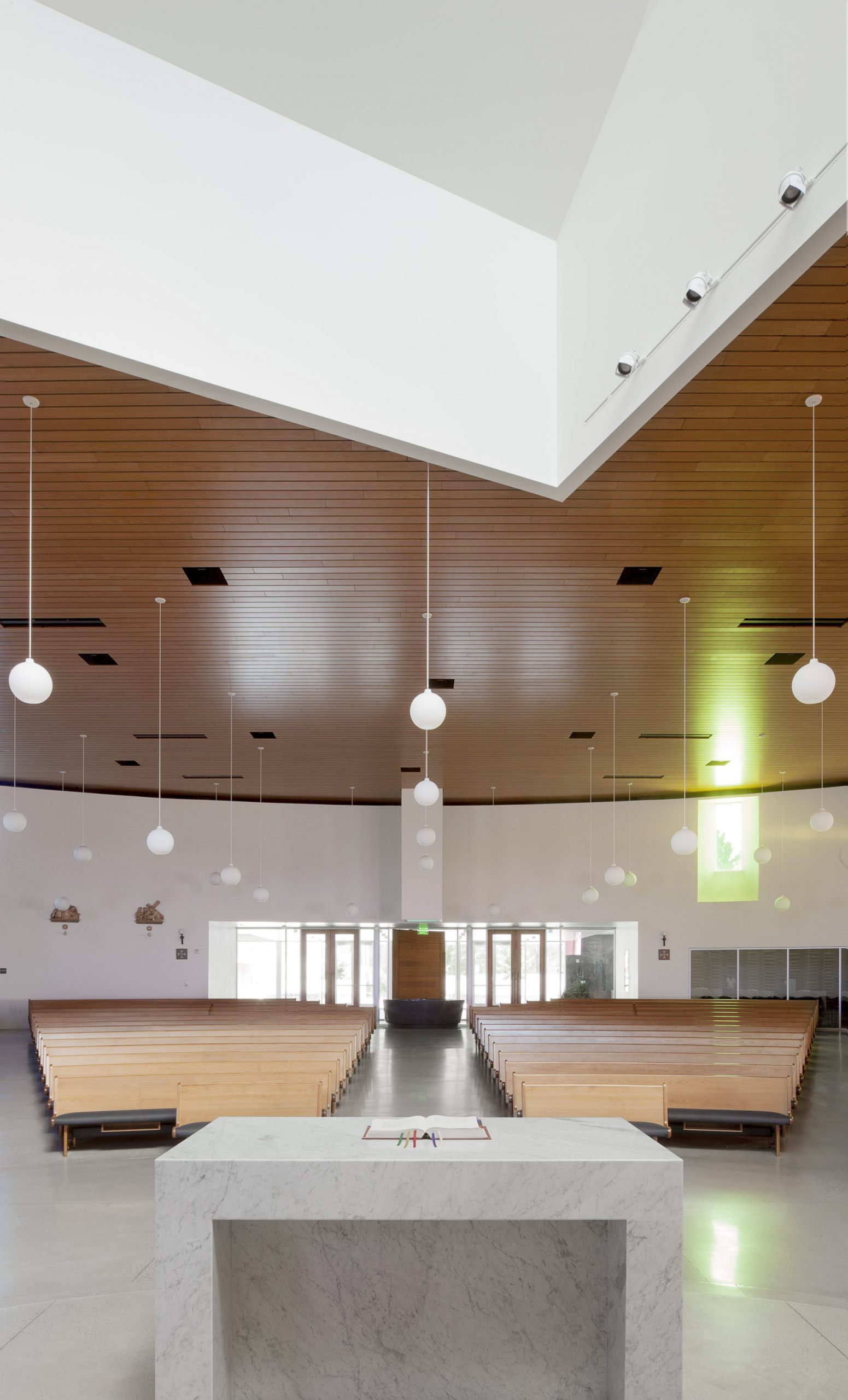