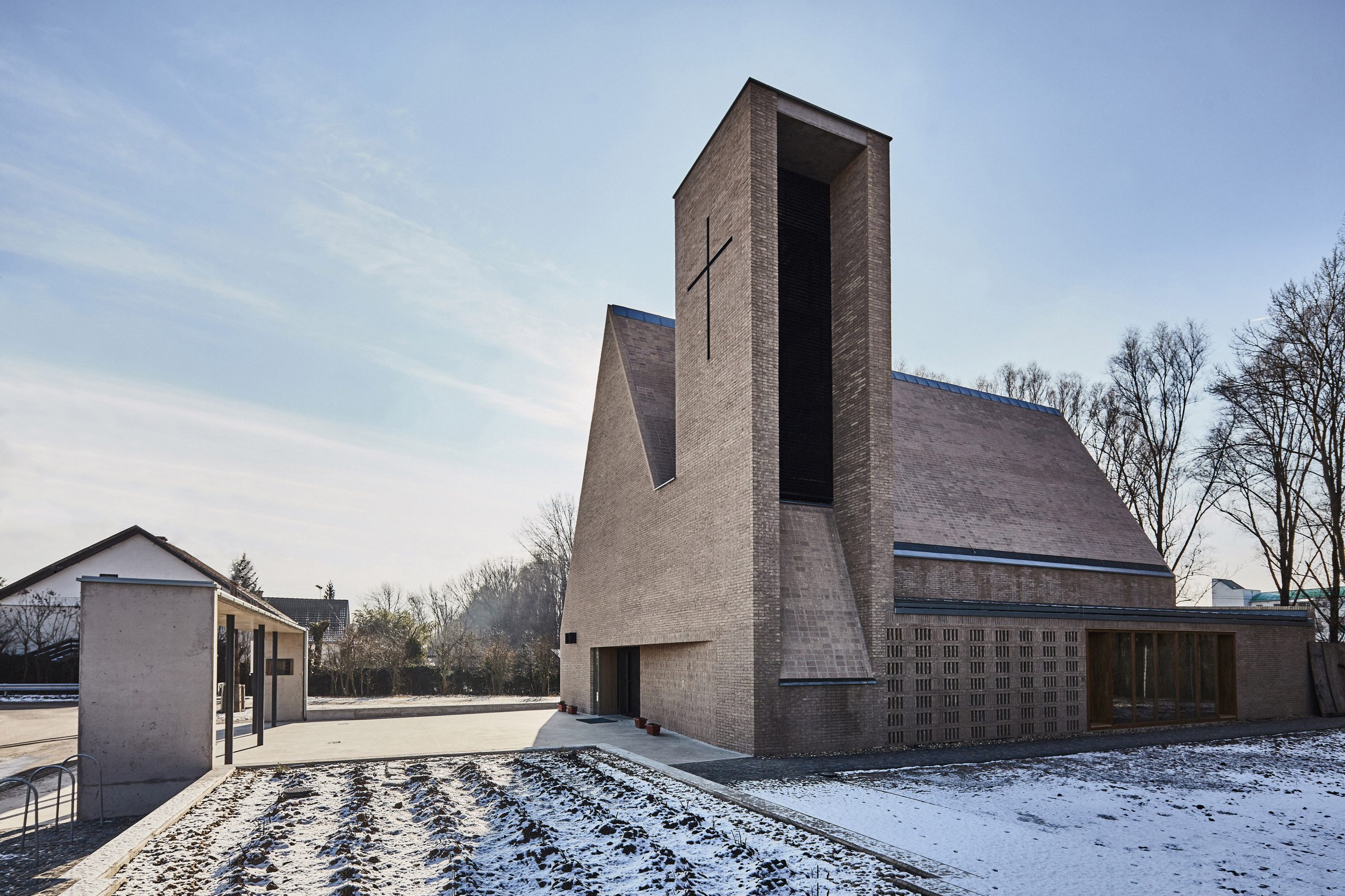 The site has been allocated by the city of Debrecen to the Catholic Church to build a new house of worship large enough to accommodate at least 200 churchgoers. It is somewhat out of the ordinary: it is located where the forest belt hugging the Tócó Stream and a housing estate meet. We intended to design a building which is complementary to its rural-like surroundings, suitable for its future use and appropriately articulates its divine nature for time to come.

We have designed a prominent gate featuring at the site entrance marking the direction of arrival. The building itself has been positioned away from the entrance in order to make space for an area suitable for multi-purpose congregation as well as to allow the entry into the building to feel like a ritual. The gate on one hand separates the street-side public area from the inner open air congregation space but on the other it connects the two.

The homogenous looking mass of the church depicts the archetype of the house. Every detail of the building was produced, manufactured or worked on by local craftsmen and artisans. From the distance the building appears to be an outline only, but from closer inspection the details that have been left on the fabric by the craftsmen are very much noticeable. These details tell further stories to the informed admirers.

The used natural materials make the building look homogeneous. The harmony between the brick and timber ensures the unity of the building. The bricks have been pointed with slurry, a typical local technique. From the distance it looks as the bricks have just been rendered but their rich texture, detailed nature and intensity, which fluctuates depending on the light conditions, becomes obvious when admired from a short distance. The timber with its construction method, size selection, placement and colour has adjusted well to the finishes, creating even stronger homogeneity between the structural elements.

The light, the materials and the forest all become organising elements. The continuously changing illumination of the mass of the building – inside just as much as outside – advances, together with the liturgical events, into dramatic power as intended. 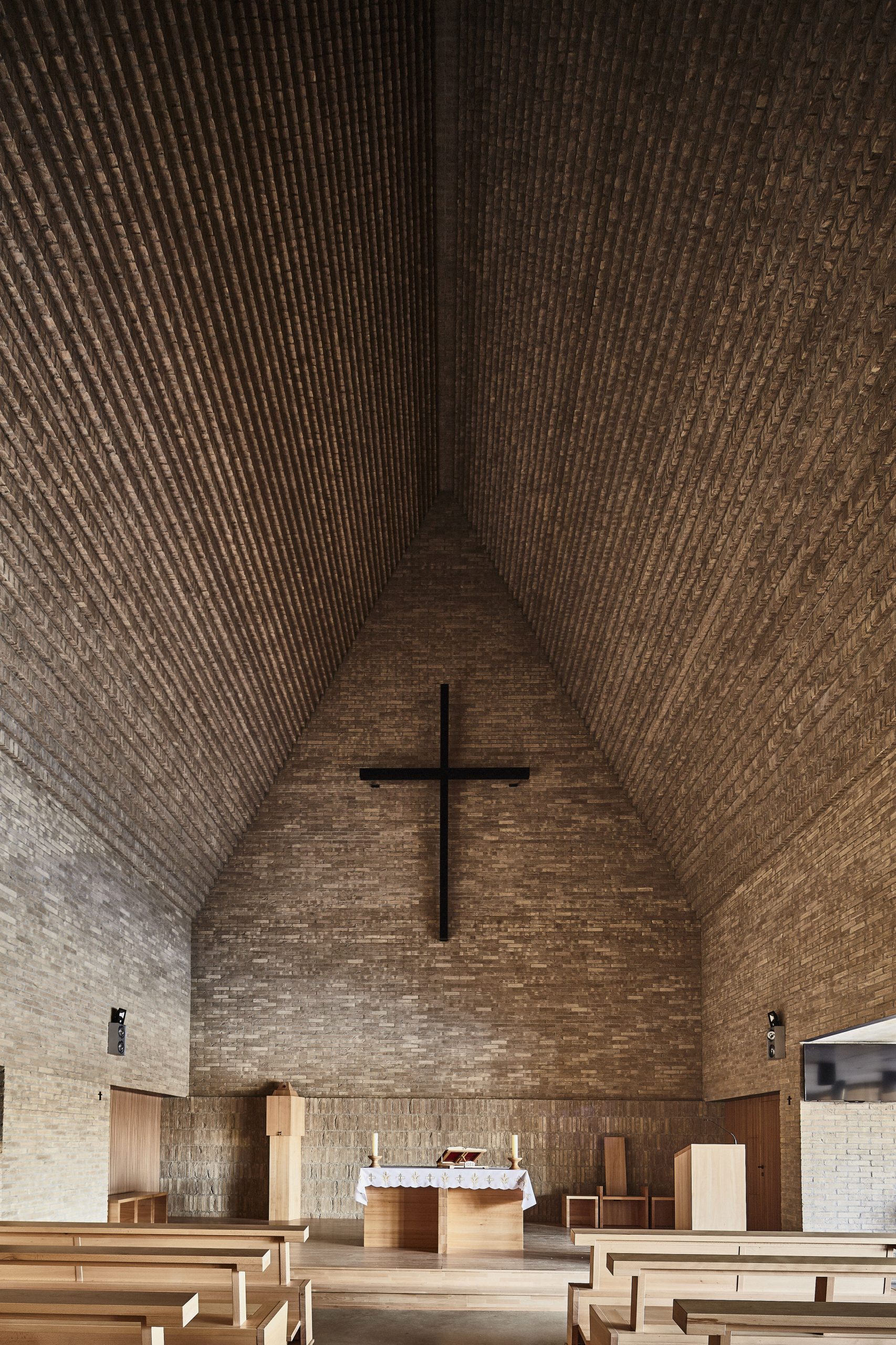