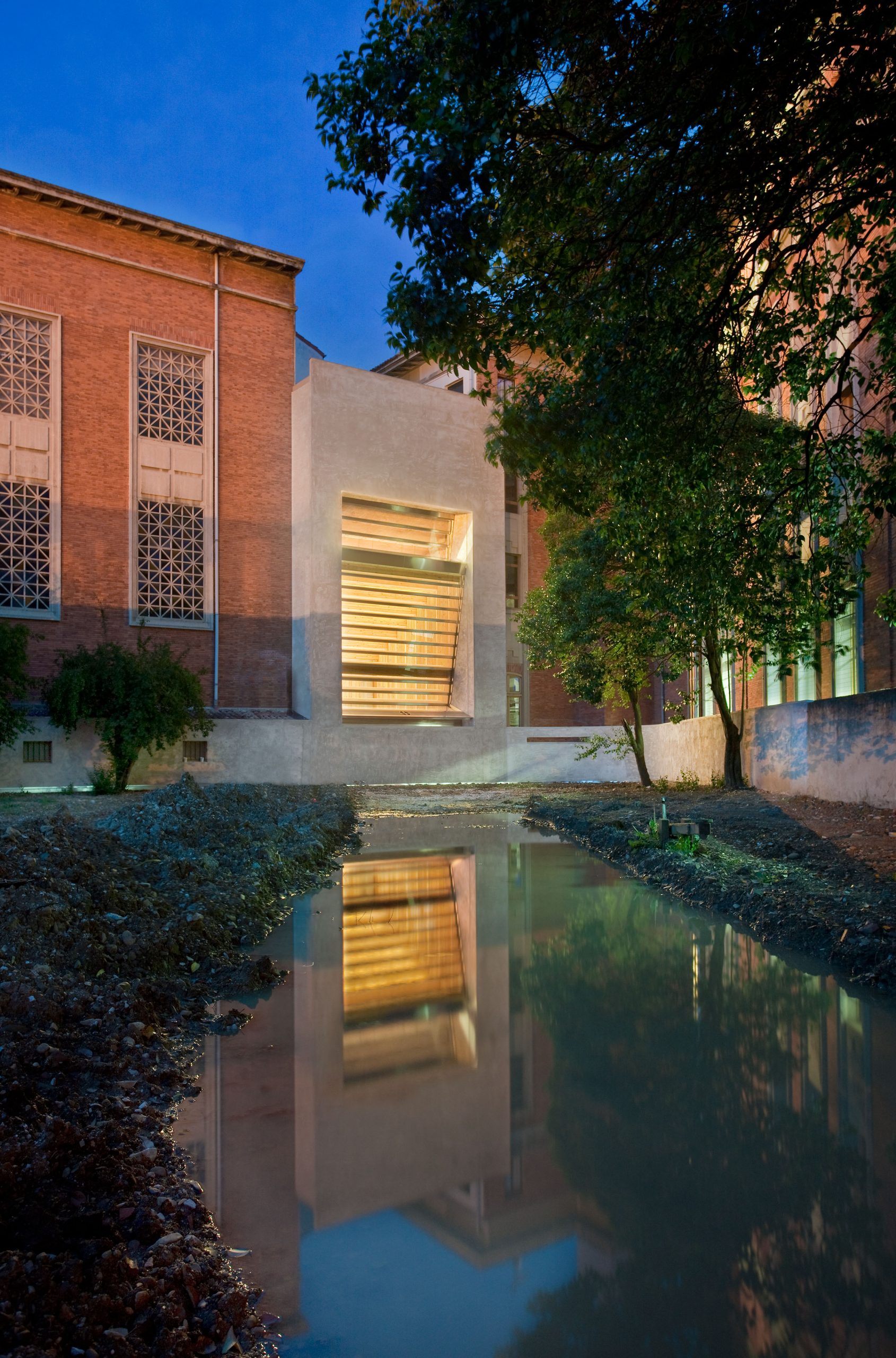 Who wouldn’t want to feel embraced by God?
The history of Salvation in many occasions is represented in the Bible, and in art history subsecuently, through embraces, hugs….paternal, welcoming, maternal hugs, hugs of reconciliation, of consolation, of forgiveness, of self-giving , and of love.
“Paradise, is God’s embrace” Pope Francis.
From a theological viewpoint this building tends to three differentiated dimensions.
First the dimension of feeling “Allow for the creator to directly communicate to the soul embracing it in his love and praise” Saint Ignatius of Loyola.
At this chapel, in the sensorial plane one finds the feel of and the scent of wood, the sound of footsteps over the stone pavement, oriented towards a growing luminous background, in a space conformed to elevate us beyond ourselves. In this sensorial dimension the chapel is a temple that wants to be enjoyed by everyone; by people with profound, varied or little faith.

The formal analogy of an embrace configures the interior of this chapel with a wooden structure over the congregation and the priest. From the entrance is perceived an increasing height, which descends with natural light. These 7 wooden frames land on the stone work and extend their presence as benches to take in and touch the congregation, accommodating, and embracing it; under an opened door in the sky (the heavens).

Then comes the dimension of the Announcement, of the understanding.
The altar finds itself as the center of the chapel and the temple is distributed around it. In our case the engagement is not directly visual, by means of images or sculptures or symbols culturally assimilated or already known. It interpellates the mind of the priest and the assembly revealing a, hidden to untrained eye, significance and symbolism by means of numbers, proportions and shapes. Making the building itself communicate the Glory of God even through its joints.

Facing the altar, the priest celebrates supported on 4 stone tiles (four Evangelists) and, like the assembly, surrounded by the previously mentioned embracing 7 wood frames (seven sacraments), 7 doors in which, at their center, a representation of the Virgin presides, praying, with a position in the chapel that allows her to welcome everybody, under 3 large mirrors of identical proportions (the Trinity) which distributes the only, 1, source of direct light ( God the Father) which arrives through a great door opened to heaven which culminates the ascending section of 12 wooden slats, (apostles) which, as horizontal flames, introduce warm reflected light (11, one is obscured, Judas).
Under, the rock, in the floor and divided into a multitude of joints whose lack of order represents that character of humanity that stays below; on top of the noble material which stone is, noble but inert. 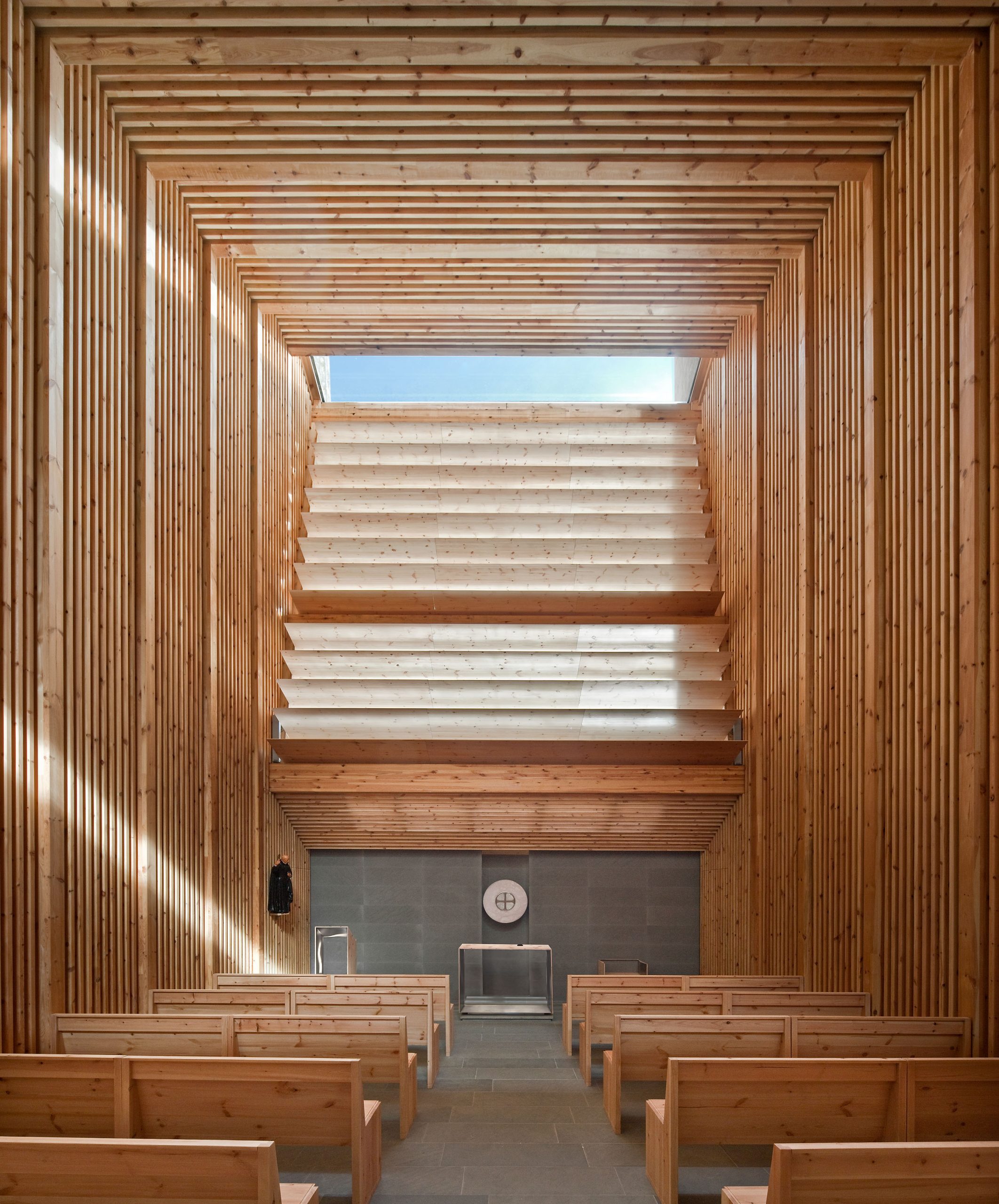