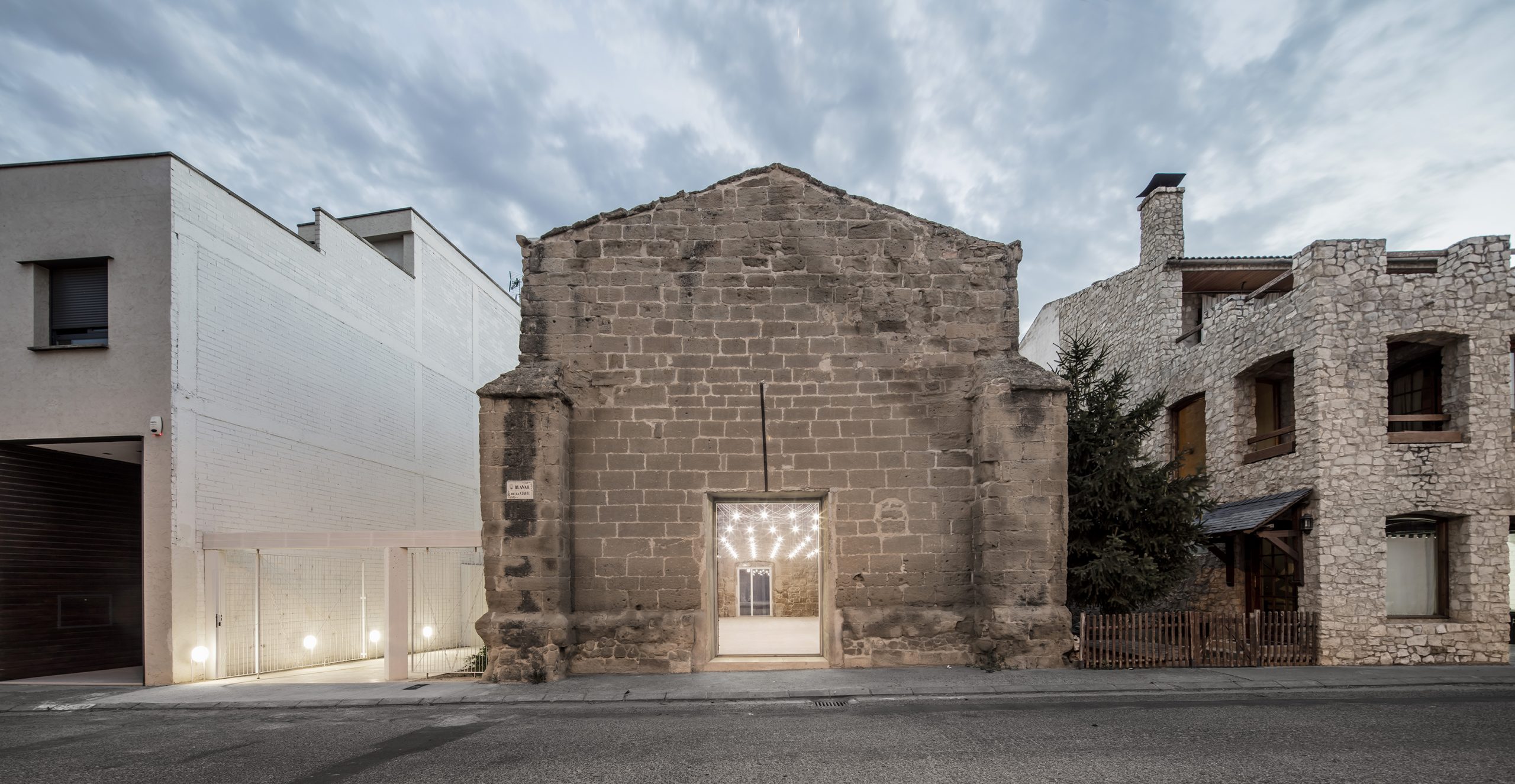 The old Church of Vilanova de la Barca (Lleida, Spain) is a 13th century Gothic building that was partially demolished in 1936 as a result of the bombings during the Spanish Civil War. Since then, the church had been in a general state of ruin, preserving just its apse, some fragments of the naves and the west façade. The main aim of the project was the restoration of the original appearance of the church and its transformation in a new multi-purpose hall. The most important part of the project has focused on the covering elements: the façade and the roof. The project establishes a new brick façade based on a latticework texture and a new gabled Arab tile roof. The entire system is conceived as a new architectural ceramic shell that is gently supported over the remains of the ancient walls. From the outside, the perception of the old church is restored whereas in the inside, the building recovers the basilica-styled floor plan and preserves the atmosphere of rest and introspection of the original sacred space. The project aims to establish an architectural dialogue between the old parts and the new elements, between the past and the present. 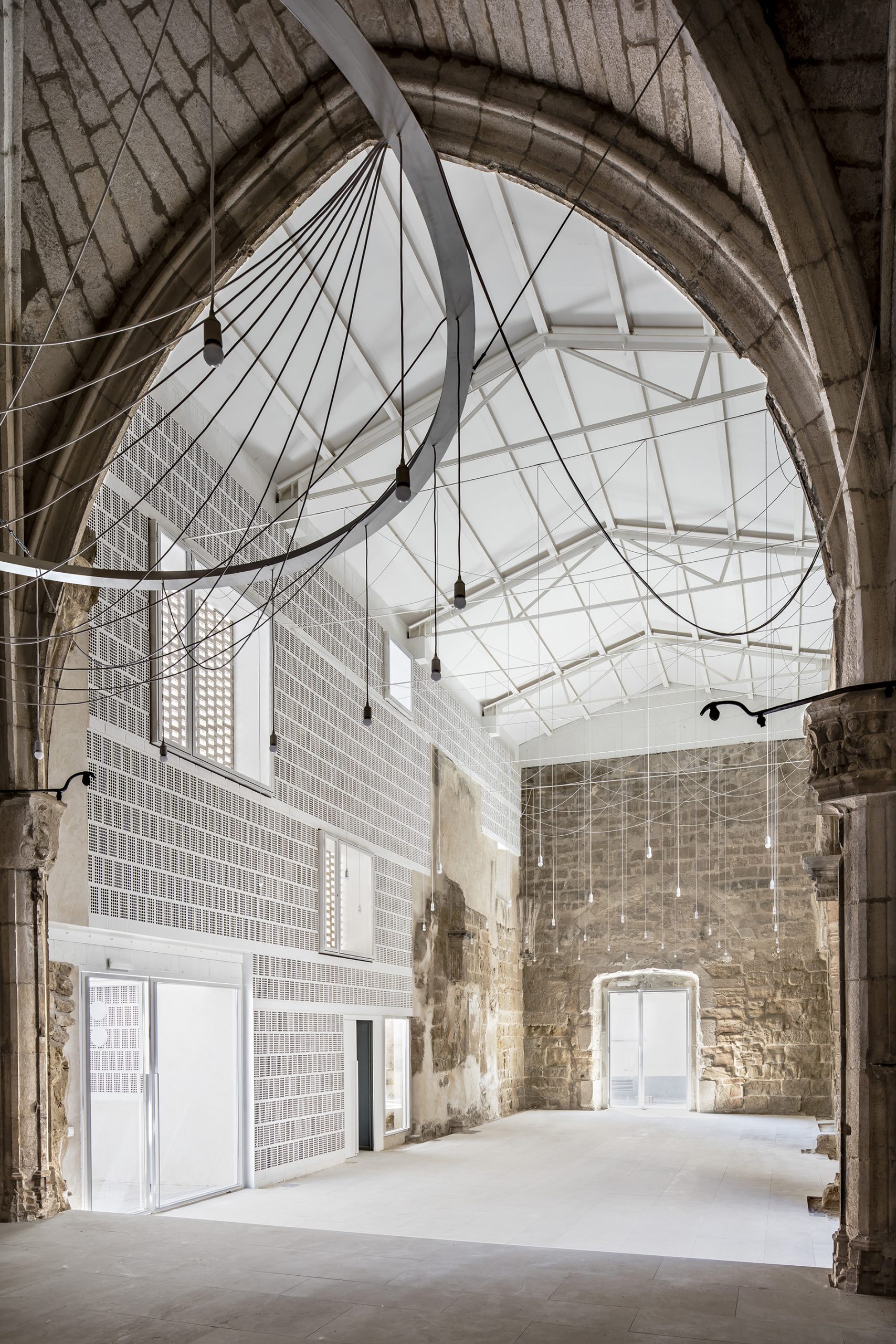