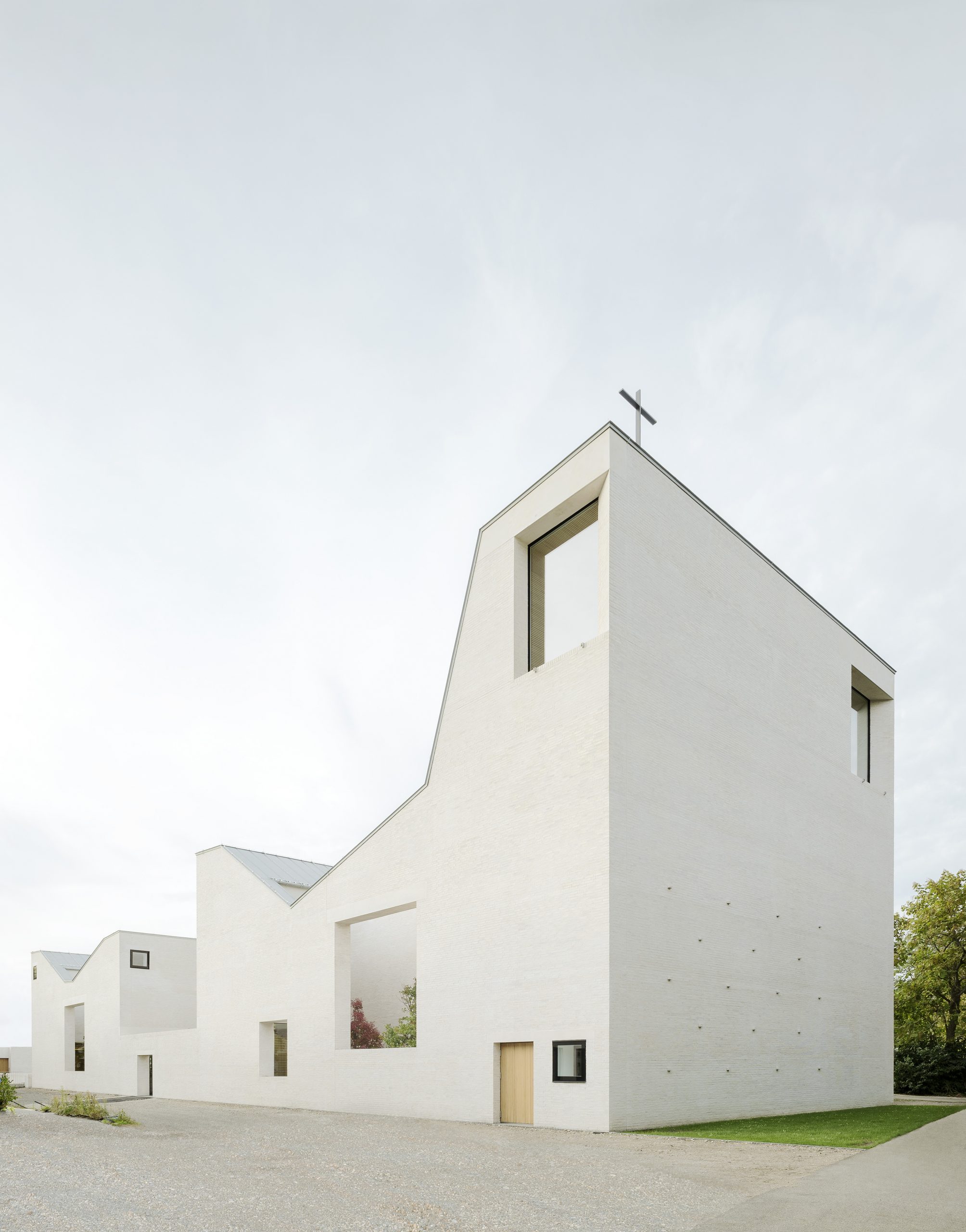 The Petrus-Jakobus-Church is part of a new ensemble together with a protestant Community Center and is situated at the south end of a local marketplace. The brick ensemble creates a calm, enduring ensemble in the neighbourhood. From a distance, the building appears introverted, however once inside, the spatial sequence consisting of sanctuary, church hall and two community halls opens up towards a courtyard, which functions as a connection between the church and the community center and as the entrance space from outside. It can be used for an outside ‚come together’. The church and the community center can be opened to this space.

The outside of the walls is constructed with bricks and is coated with very thin plasterslurry to brighten up the walls and to refer to the bright flatbuildings in the neighbourhood. A sequence of tilted roofsegments connects the buildingparts together and refers also to the traditional gabled roofs in the neighbourhood. The roof gives the church interior it’s shape.

There are to big windows situated in a lightspace above the altar: One window opens to the east and one to the south. The changing light through these both windows creates the atmosphere inside the church throughout the day.

An est-west-sequence of internal courtyard-spaces with trees in the southside of the Church and the Community Center forms a distance zone to the appartmentbuildings situated in the south, which are the result of a townplaning proposal in the competition.

An internal east-west ‚street’ connects all spaces and ends up (or starts) with the baptismal font in the church. Like the altar it is also designed by the architects. The coloured glasswindows have been took over from the former churchbuildings. The materials in the church are limestone, wood, little metall and the plastered walls with light silicate paint. 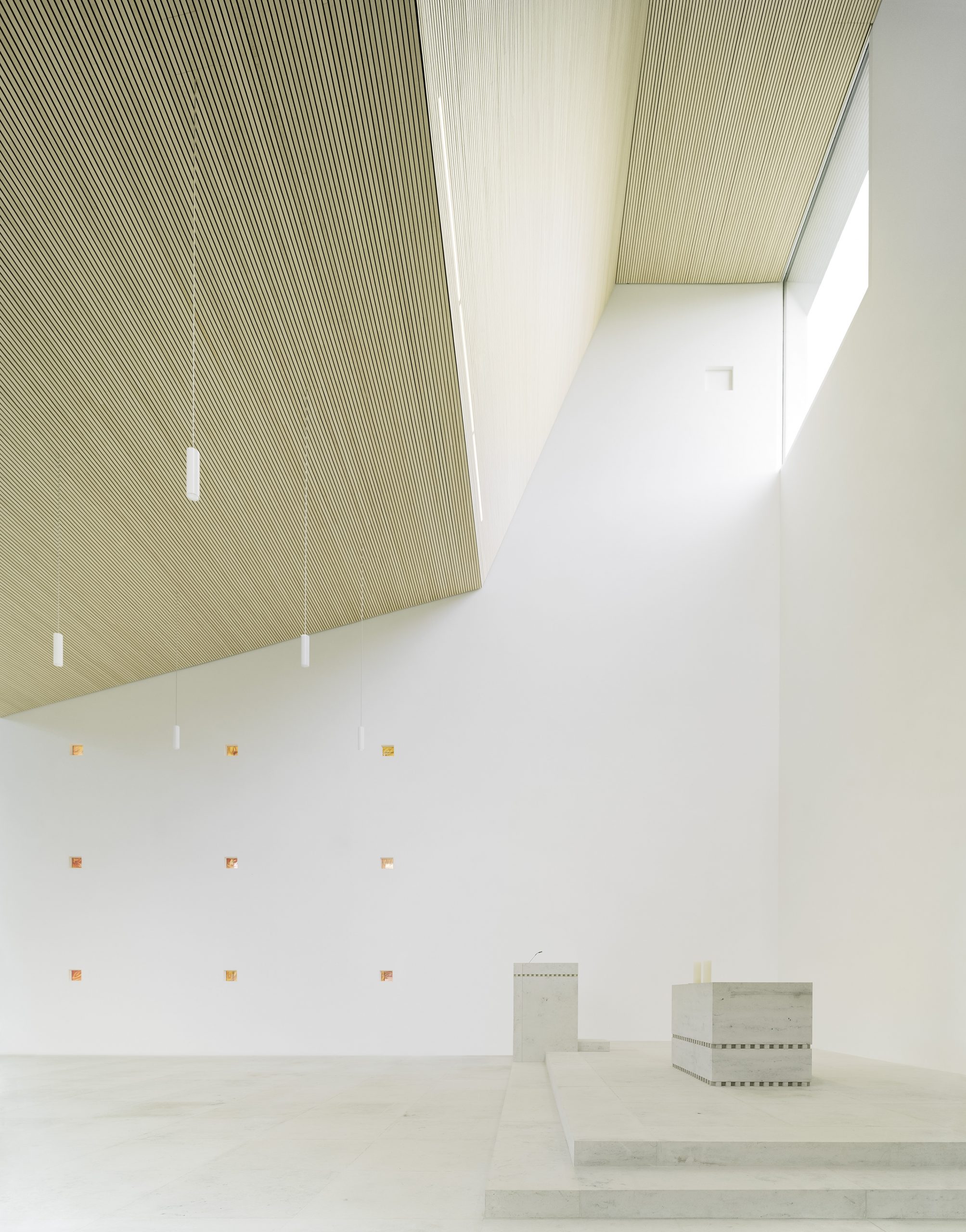