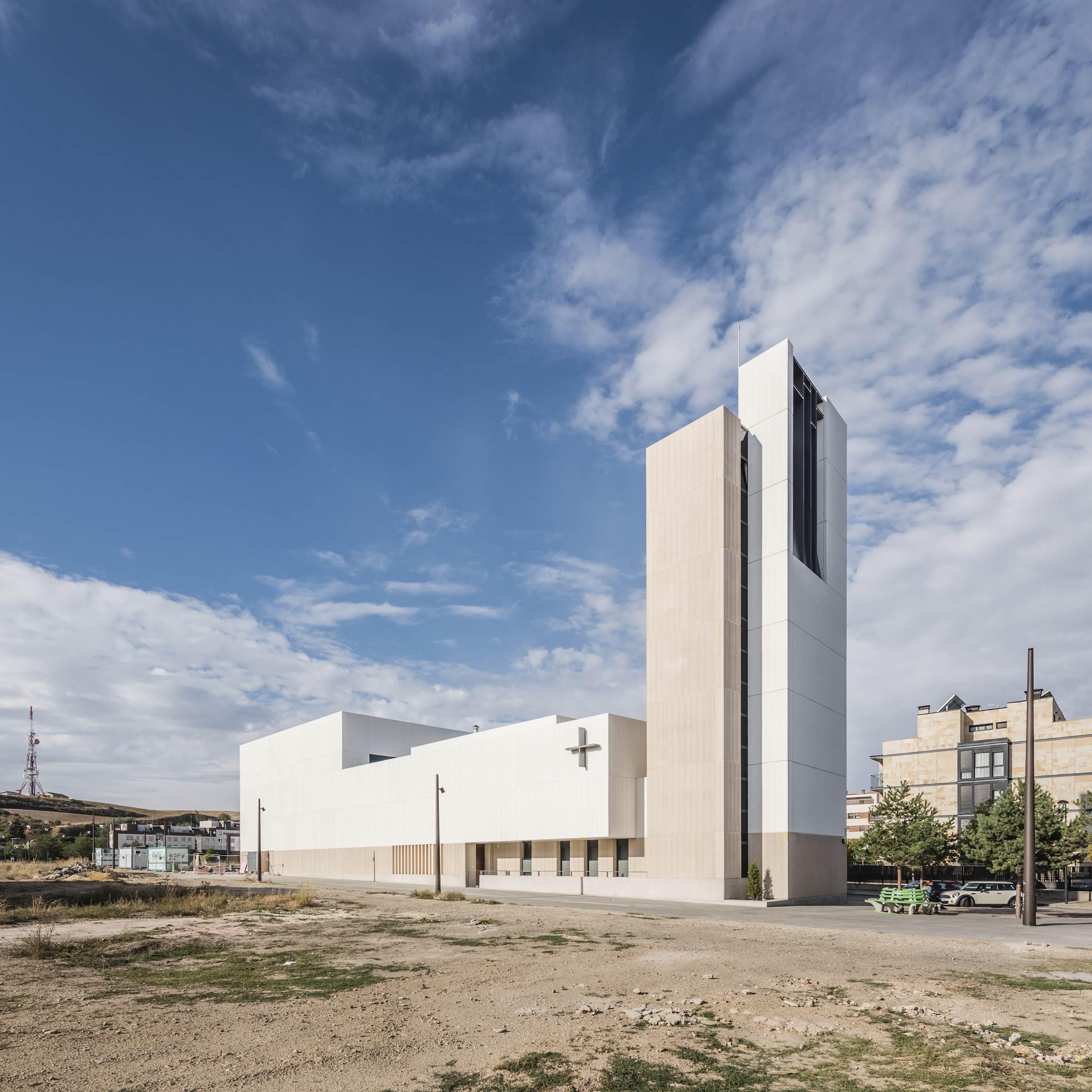 The project for a holy place is approached from a double viewpoint. On the one hand to characterise the space so that it expresses adequately its condition as holy, and on the other to give an answer to a series of functional demands peculiar to the liturgy.In their turn these are endowed with a great air of symbolic meanings.

For that purpose we have trusted in our own forms of contemporary language which have already been explored in previous projects (the church of St.John Paul II in Simancas or the chapel of Alcazaren College, both in Valladolid). This was also applied to the use of space, the scale, the use and characterisation of light, the sculptural treatment of the space, the volume, and the coordination of a united iconographical programme in agreement with the language and characteristics of the temple.

We have decided on a building with defined volumes which provide an answer to each and every element of the programme. These consist of the bell tower and a columbarium in its interior, a continuous base skirting the limits of the perimeter, which houses the parish centre with its accesses, and lastly, for the temple, a cubic volume which emerges from an a strip of glass.

The treatment of the exterior was resolved by covering it with just one material. This was GRC (Glass Reinforced Concrete) with a grooved finish, with fragments of a large size and horizontal modulation organised in levels. We have tried to enhance the public character of the building in the urban residential surroundings. The apertures for light have been treated with a scale according to the global volume, unifying them with the use of darkened glass.The volumes have been excavated so as to form the accesses and have lighting spaces available on a lesser scale. 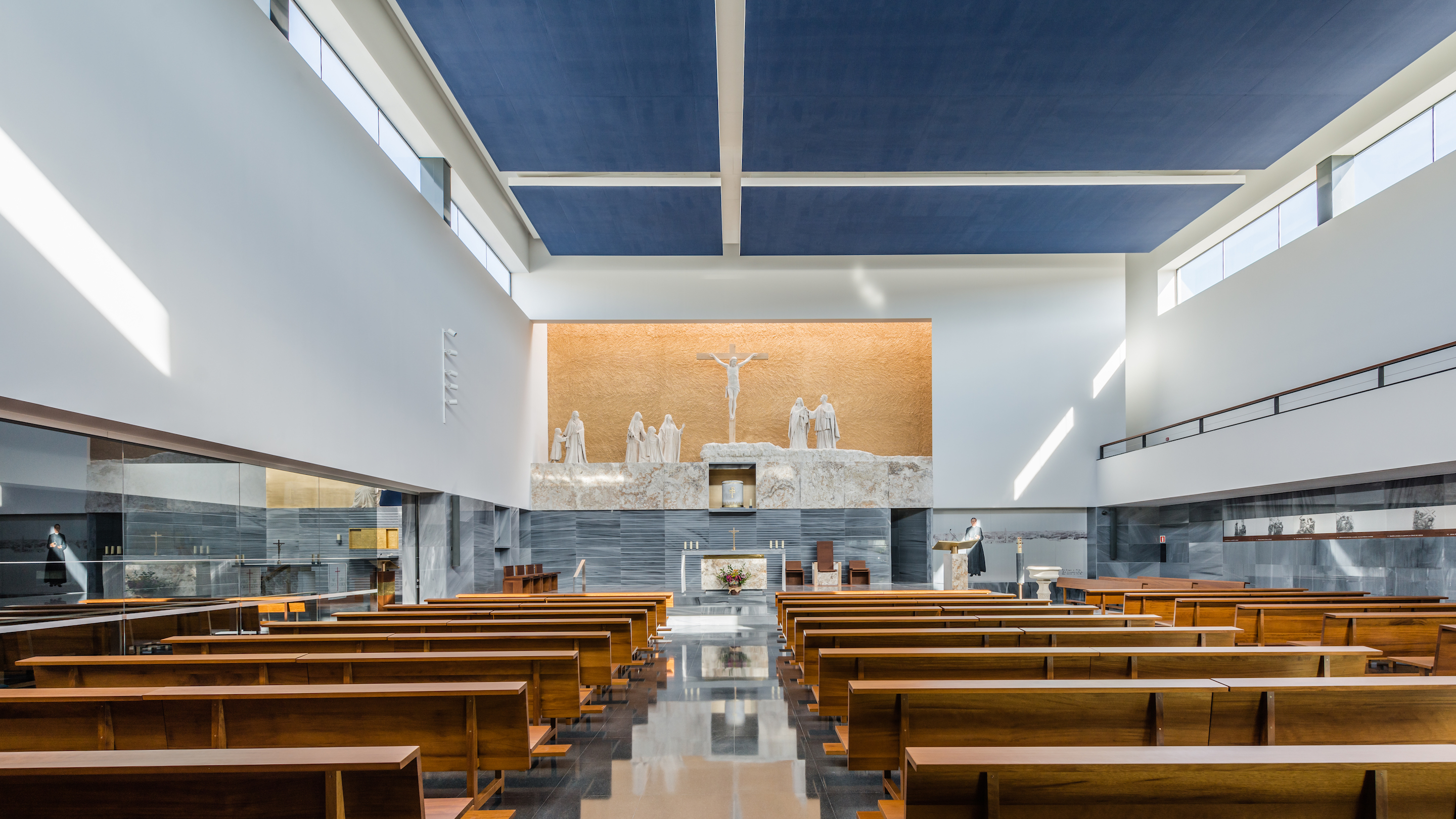