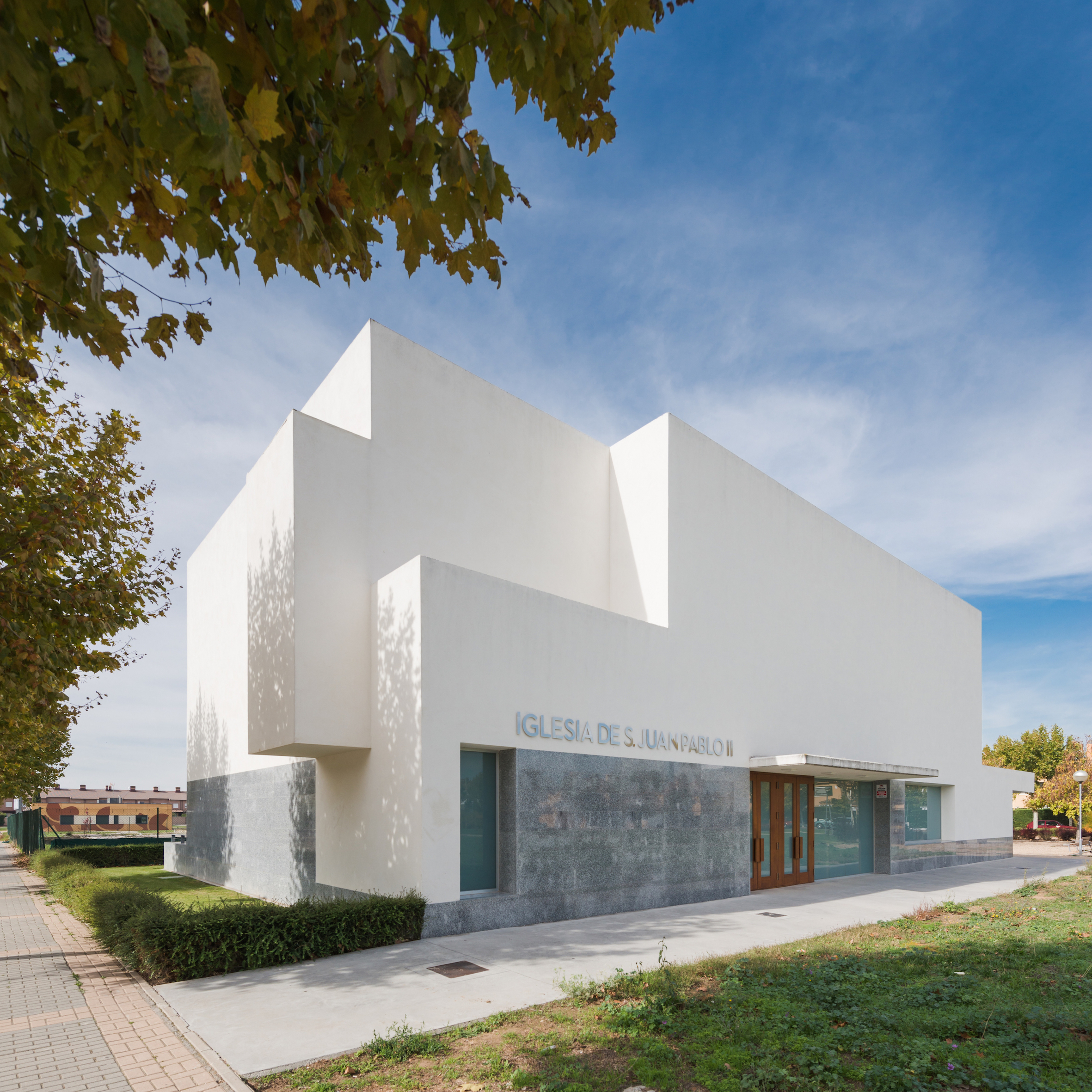 The Church of St. John Paul II is situated in a residential estate, on a parcel of land set in a green space with access from a street with little traffic. This is a small church destined for use by the residents of the area. What was suggested was a building with a rounded volume, taking into account the recesses in the landscape, with the intention of generating a sculptured piece which illustrates its character as an outstanding edifice.
The massive total volume is broken down into parts when it is transversed. It spreads out under the awning which covers the atrium in the exterior and the bell tower. It has been dealt with as a solid body which has been excavated until reaching the final result. The apertures for light are concentrated in the bases connected to the accesses.
The whole edifice has been built with two materials: a granite base which adjusts itself to the height, together with a covering of limestone which gives it its massive character. The finish of the parapets without coping of any other material contributes to increase the idea of a rounded volume.
In the interior the building has been designed as a singular nave with double height which expands into a lateral nave where the chapel for the tabernacle as well as auxiliary spaces can be found. The choir is found “floating” in the middle of the nave, further forward compared to its traditional placement. In this way a gradual sequential access to the interior has been created which commences in the outdoor pedestrian public space. This continues rom the covered exterior atrium with its awning to the interior glazed atrium, the crevice of light before reaching the base of the choir and the progressive uncovering of the altarpiece while the entire space of the nave is inundated with zenithal light.