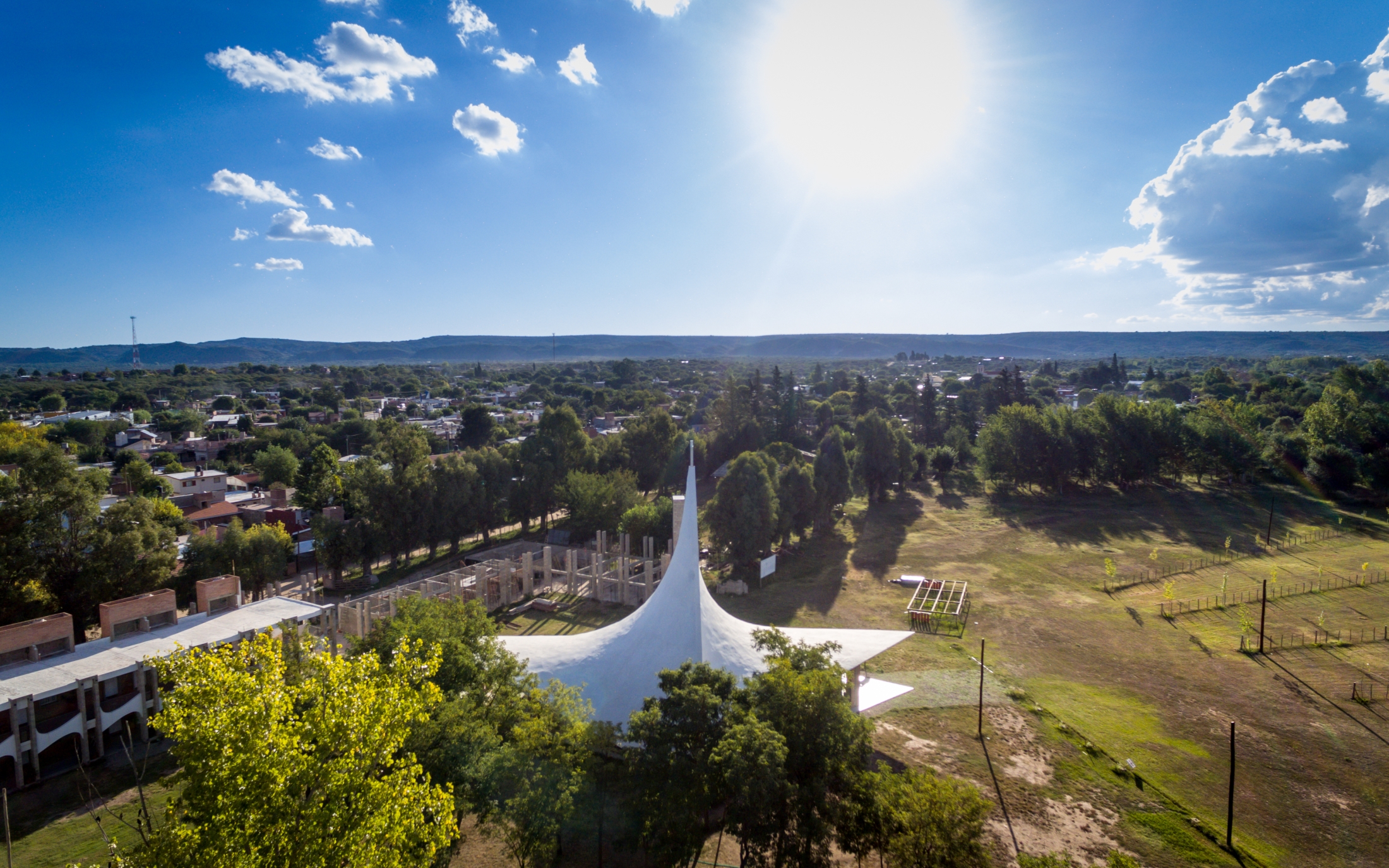 Saint Father Brochero Chapel
Project Narrative
How to build a chapel in honour of a saint without falling into literal reminiscences?
This was the starting point and the biggest challenge of designing a chapel for the first Argentine Saint. The most logical solution was, “designing with a Brocherian spirit, following the values and the intentions of the priest without falling into morphological repetitions”.
First of all, Father Brochero who was down to earth, having his eyes in Heaven, was well known because of his social deeds that aimed at touching hearts, souls and lives.
The Chapel emerges from earth rhombo-shaped. While it touches the sky each section undergoes a key process, and it finishes towards Heaven. Also the “Gaucho Priest” made use of clay, straw and wood to focus on local and contemporary techniques. These ones are replaced by current and updated materials such as concrete, steel and aluminum.
Finally Saint Brochero always relied on the skills of his “sheep herd”, regardless the complexity of the construction that the chapel demanded. Local bricklayers teamed up to make this Chapel possible.
From the religious point of view the significance and the symbolic have a major role in the understanding of the holy space.
This Chapel built to pay a tribute to the first Argentine Saint, an extraordinary human being, demanded a very particular design in which the exterior and interior of the building showed off a modern language capable of communicating with a modern man, deeply rooted in tradition.
The “flexibility” of reinforced concrete makes it the ideal material to capture the meaningful morphology of the Chapel. Structure, function and space are unified by the two hyperbolic paraboloids of 8 centimetres thick. The interior space of the Chapel also consists of simple and modest materials as today in houses made up of bricks, wood and stone.
The centralized distribution reminds us of the Last Dinner, institution of the Eucharist, origin of the Holy Mass, Easter dinner where the Christians gathered and participated in the feast around an ordinary table.
Last but not least, the perception of light has a close connection with the experience of God’s grace. God is invisible to our eyes, yet his action and grace fill up our lives. That “source” of light of the Chapel, invisible to the eye, floods everywhere as the sacred space reveals itself. 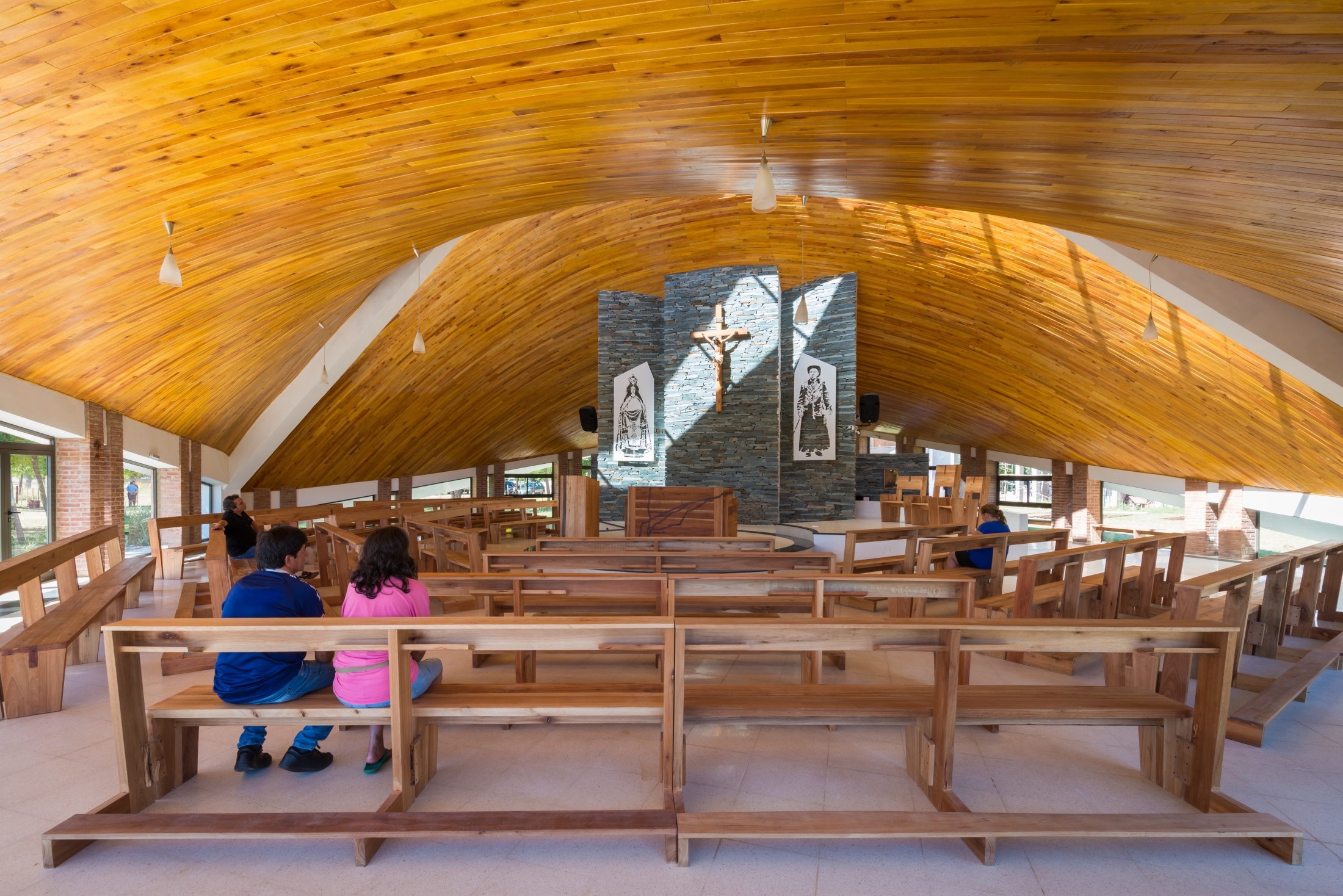