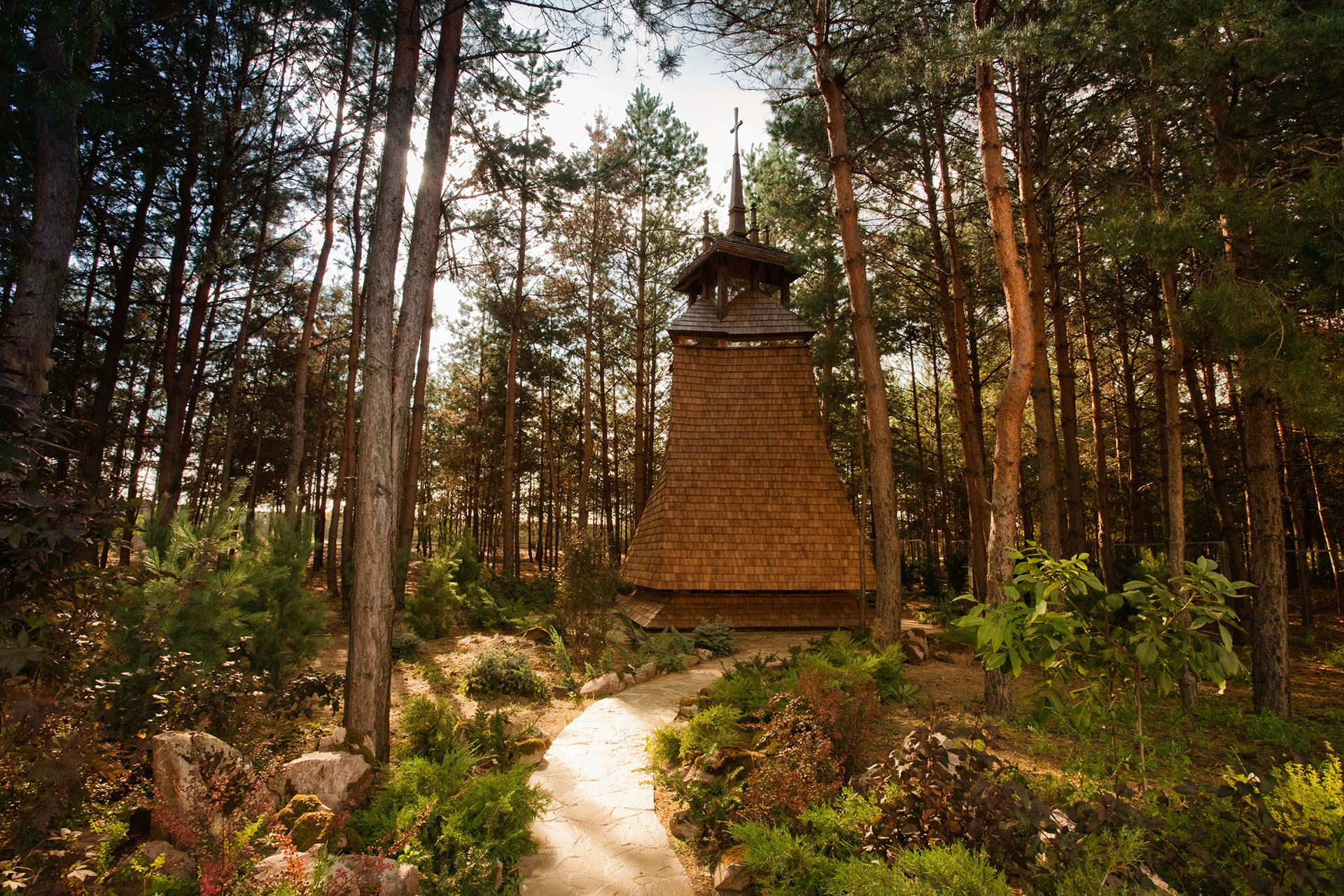 This design based on a square. This form is traditional: understandable square-shaped quadrangle is the basis of all wooden construction, the sacred space of churches in particular.
The vertical silhouette of the chapel we borrowed from the bell towers.
The main mystery of our chapel hidden in its structure – in the walls. A building that grows from a square base turns into a complex shaped star closer to the top, similar to a star – a symbol of eternal motion.
The top of the Chapel takes the form of a square again, which stops the motion, but its position relatively to the base has already been changed. In its design, the Chapel contains an encrypted transition from the statics of a square to eternal transformations. The movement from clear and familiar to mysterious and mystical, from being in the time captivity to eternity. 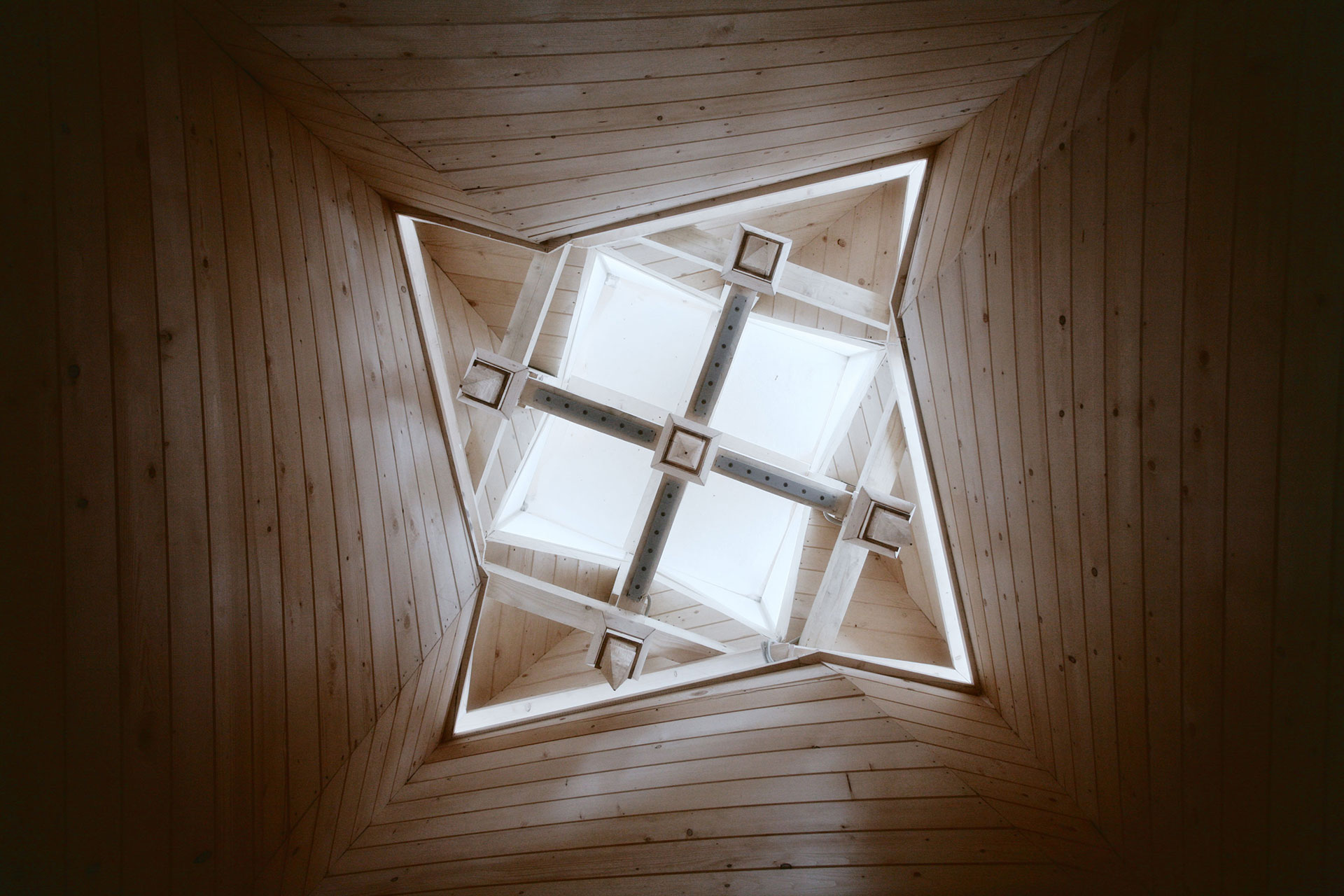